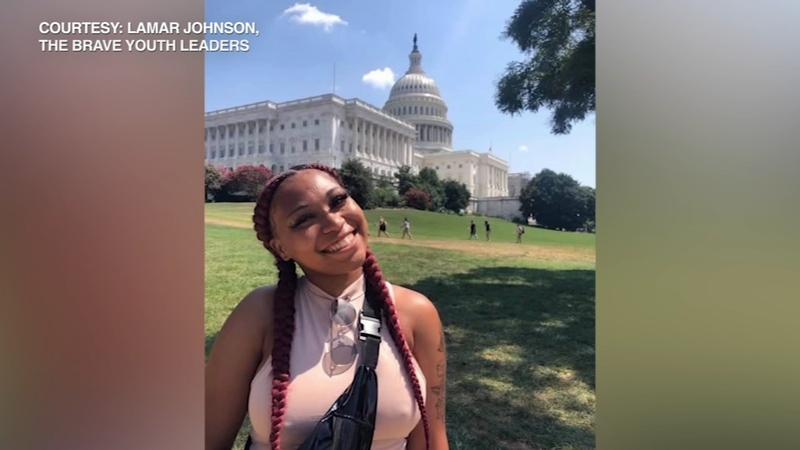 Woman, 20, shot and killed while sitting in car in West Pullman

CHICAGO (WLS) -- A young woman with a bright, promising future was shot and killed Tuesday evening in West Pullman on the Far South Side.

LaNiyah Murphy, 20, was sitting in a parked car in the 12200 block of South Wallace Street about 6:15 p.m. when someone opened fire, striking her in the head, Chicago police said.

She was pronounced dead at the scene, police said.

"She was very vocal, very bold," said Lamar Johnson, friend and mentor at Brave Youth Leaders. "She wasn't afraid of anything."

Her friends said she was out to change society, starting in her South Side community.

"She fit the description of what a Brave Youth leader is, very vocal and not afraid to speak out about things that are not right in their community," Johnson said. "She was the reason a lot of youth joined the program during the time she was here."

The salutatorian of her graduating class at Perspective Leadership Academy, Murphy had already endured being shot once before. She also helped save a friend when she was shot in May 2020.

"She was always telling the story of how she survived gun violence and how people need to turn around and be peaceful and not resort to gun violence," said Johnson. "She was shot in the head and she survived that."

Her peers with Brave Youth Leaders at St. Sabina are determined to not allow Murphy's death to be a number on Chicago's long list of murders. They'll keep her legacy going as another reason to fight gun violence, and find the person responsible for taking her far too soon.

An investigation by Chicago police is ongoing.