Warning: The following video may be disturbing or upsetting
WLS
By ABC7 Chicago Digital Team 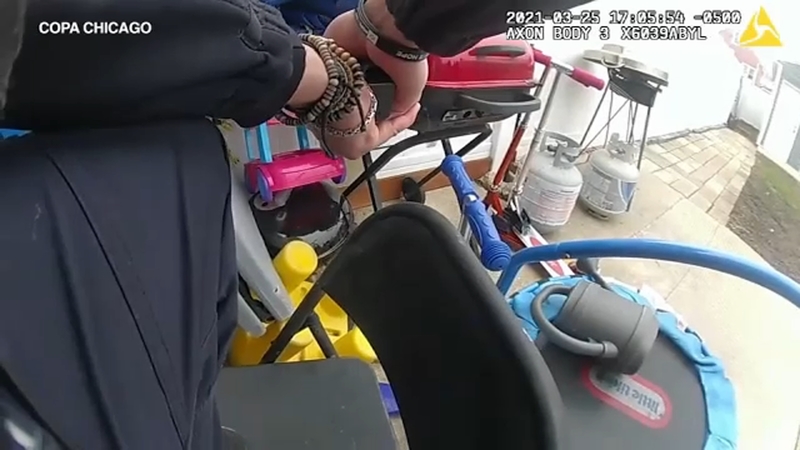 CHICAGO (WLS) -- Video of a deadly police shooting on Chicago's South Side that left an officer wounded was released Friday.

The Civilian Office of Police Accountability (COPA) released the body camera video from the officer who fired the fatal shots, ending a shootout between officers and 18-year-old Trevon Chadwell in the Brighton Park neighborhood on March 25.

Another video from a cell phone taken moments before the shootout appears to show an innocent man briefly stuck between Chadwell and officers.

The entire incident started at a nearby Home Depot when Chadwell shot a security guard in the head.

Investigators said he ran to a nearby neighborhood where he shot a police officer in the shoulder, which led to that deadly confrontation.

The family of security guard Kevin Lockett said he's progressing and is currently in a rehab hospital.

A shooting at a Brighton Park has left a security guard in grave condition and his three daughtes are just praying he can pull through.