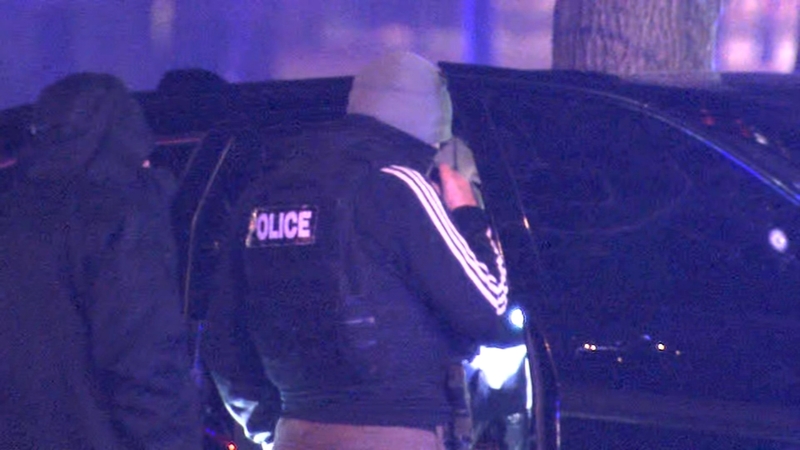 CHICAGO (WLS) -- Chicago police confirmed an officer was shot in an exchange of gunfire in Calumet Heights Wednesday night.

CPD Supt. David Brown said at about 8:30 p.m., officers were investigating a suspicious car believed to be involved in a crime in the area. There was an exchange of gunfire, Brown said, resulting in one officer being wounded in the leg and one occupant of the vehicle also being shot, Brown said. The suspect is being treated at an area hospital as well and is in unknown condition.

Chicago Police Superintendent David Brown gives an update on the officer who was shot in Calumet Heights Wednesday night.

A second suspect in the incident is currently in custody, Brown said. Police do not believe they are looking for any other suspects or persons of interest.

Further details were not immediately clear, and Brown said an investigation into those circumstances is currently ongoing. At least one gun was recovered, according to Brown.

Video from the scene shows investigators at a Citgo gas station at that corner, as well as a dark colored SUV that apparently crashed and was left on Stony Island.