Chicago police searching for suspects in Ravenswood shooting: 'It's scary' 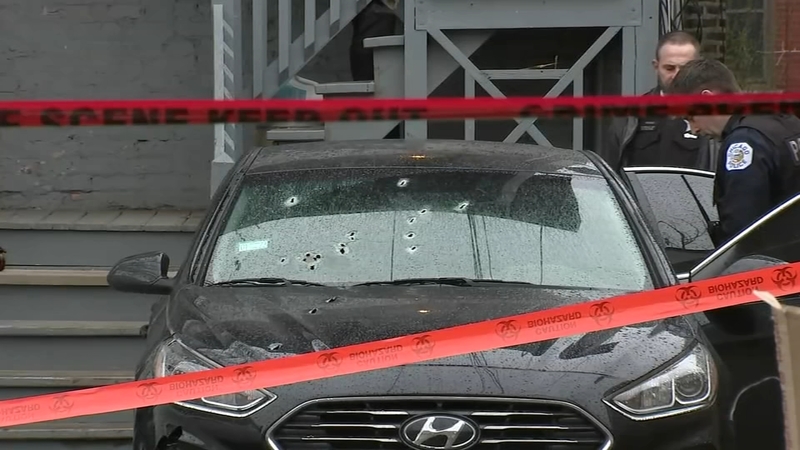 CPD searching for suspects in Ravenswood shooting: 'It's scary'

Chicago police said the 24-year-old woman was in the backyard of a home in the 2400-block of West Eastwood Avenue shortly before 2:40 p.m. when she was shot in the chest.

She was taken to Swedish Hospital in critical condition and remained critical early Thursday.

The shooting happened in back of a home just a block from the Western Brown Line CTA stop, just off the alley that runs along the L tracks, near a playground where children were playing. A Hyundai sedan parked behind the home is riddled with bullet holes, with about a dozen in the windshield alone. By all indications, that's only a fraction of the shots fired.

It was not immediately clear if the woman was in the car when she was shot, but over 40 evidence markers blanketed the scene Wednesday.

Multiple homes were hit by bullets.

A neighbor who asked not to be identified said the shooting left the neighborhood shaken.

Another neighbor, who also asked to remain anonymous, said there was a man with a long gun exchanging gunfire with two other men in the alley. Police have not yet released any details of the circumstances of the shooting.

"We weren't sure what it was at first; it sounded like something was falling from the building. It rattled the building that much; it shook the building," another neighbor said.

At least one weapon was recovered, and police radio exchanges indicated some of the people involved also discarded their clothing.

Still a mid-afternoon shooting was very surprising, they said.

"I'm in the next block over; I'm about a five-minute walk from there. I'm not aware of any problems they had, whether there were problems or not problems, but I do know that most of the residents here, and I've been here 35 years, do not feel safe," neighbor David Montgomery said.

No one is currently in custody, and a motive is still unclear, as CPD search for three male suspects.