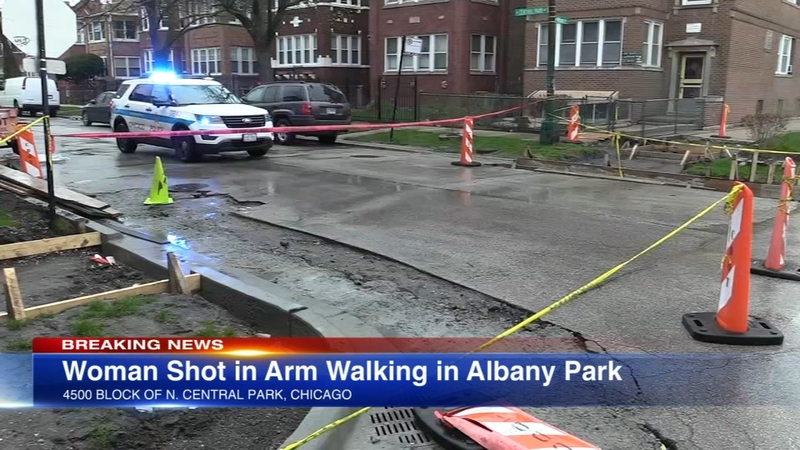 CHICAGO (WLS) -- A 68-year-old woman was injured in Albany Park after being caught in the crossfire of a shooting, Chicago police said.

Police said shortly before 1 p.m. in the 4500-block of Albany Park, the woman was walking when she was struck in the arm after hearing gunfire.

A car driving south in the same block was also struck by gunfire, police said, but the two occupants were not injured.

It was not immediately clear who was shooting, how many people or groups of people were shooting, and whether the gunfire was coming from cars or on the street. Police have not released any further details.

The woman was taken to Illinois Masonic Hospital where she is stable, police said.