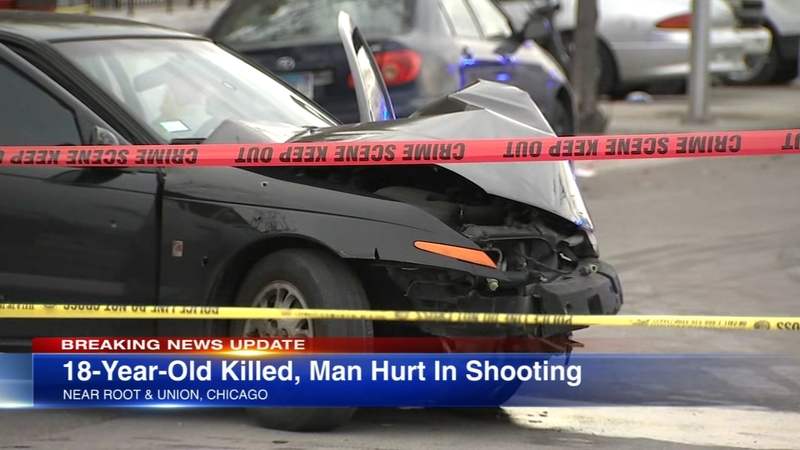 CHICAGO (WLS) -- Authorities have released the identity of an 18-year-old woman killed in a shooting and crash in Canaryville Monday night.

Chicago police said the incident happened in the 700-block of West Root Street at about 5:45 p.m.

According to CPD, the woman and a 20-year-old man were driving a 2002 black Saturn when a red 2014 Nissan sedan drove up alongside them and someone inside opened fire. The woman driving the car crashed into a building after she had been shot.

The woman was struck in the body and taken to University of Chicago Hospital where she was pronounced dead, police said. The woman has been identified to the Cook County Medical Examiner's Office as Myesha Jackson. Police initially gave her age as 19.

The 20-year-old man also was struck by gunfire in the body and taken to University of Chicago Hospital in critical condition.