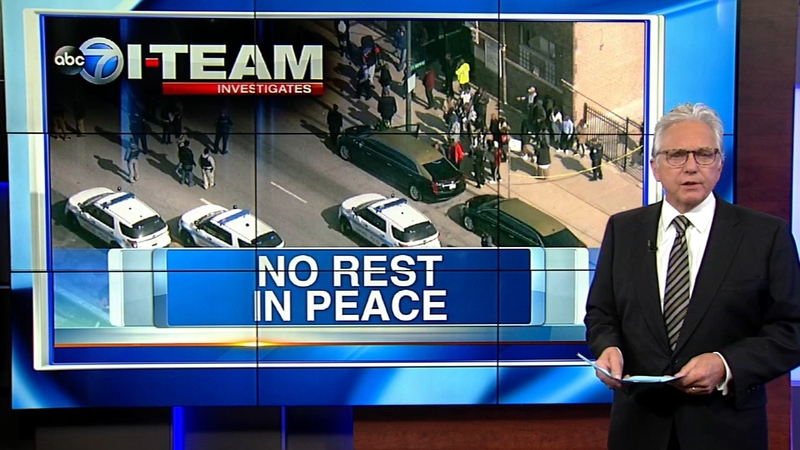 Gunfire blazed as mourners were departing Bethlehem Star Missionary Baptist Church after paying their respects to a 25-year-old rapper who himself was gunned down in a double shooting on the South Side Oct. 9.

Another rapper, in attendance at the funeral, was shot in the head and seriously wounded during Monday's attack. He is seen on a gruesome video crumpled to the sidewalk in pools of blood with apparent defensive wounds on his hands and arms. Both the dead rapper whose funeral was being held today and the wounded rapper are seen brandishing guns on their social media sites.

The wounded rapper was among six people who suffered gunshot wounds during the melee, an incident that has irked some members of a Cook County task force on funeral violence. The task force was formed in March, just two weeks after an I-Team investigation revealed armed mourners in funeral corteges were a growing concern for Chicago and suburban police.
The panel has held several internal meetings. Coincidentally, its first public meeting is scheduled for this Friday at village hall in west suburban Forest Park.

Cook County Sheriff Tom Dart and County Commissioner Richard Boykin formed the task force after the I-Team uncovered several recent instances of funeral violence during wakes, church services, processions and even at cemeteries. "We need to get tougher on these things" Commissioner Boykin said after Monday's attack. "This behavior is savagery I've never seen anything like it. But we are in a crisis here in the city."

As the I-Team reported last spring, some funeral directors were obtaining concealed weapons permits to protect themselves during high-risk memorials.