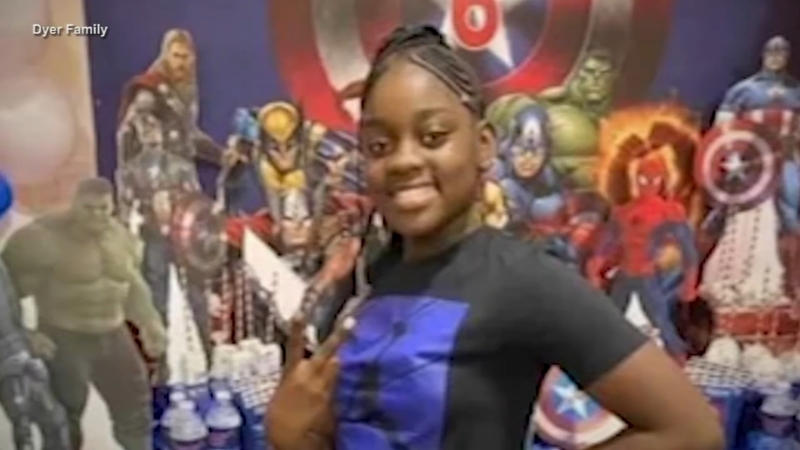 CHICAGO (WLS) -- An 11-year-old girl has died three weeks after she was shot on Chicago's Far South Side.

Dyer was sitting in the backseat of her mother's SUV at a gas station in the 100-block of West 127th Street just before 10:50 p.m. when gunfire erupted between two men. One shot struck the 6th grader in the face. The bullet lodged in the back of her neck, next to her spine.

Dyer was in the ICUE for 21 days. Monday night, she was taken off her ventilator. Her mother said she breathed on her own for about three hours before she died.

Every day since the shooting, Dyer's family has pushed for an arrest in the case. Her mother said she knows police are getting closer each day

Police have said she was not the target. They are still looking for the person who they say shot her.

There is a $20,000 reward for information that leads the arrest of the gunman who shot Ny'Andrea.