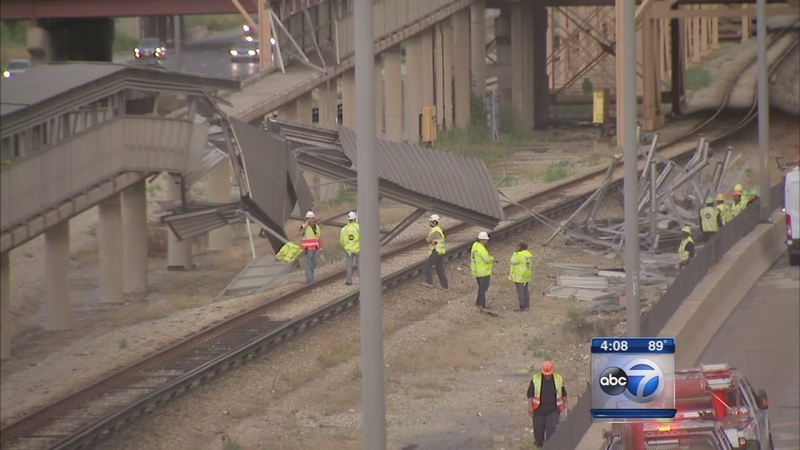 CHICAGO (WLS) -- Investigators were on site Monday to determine what caused the collapse of a canopy at the CTA Blue Line stop at the Illinois Medical District. Normal Blue Line service was restored in time for the Monday morning commute.

An aluminum canopy covering a pedestrian walkway was knocked onto the CTA Blue Line tracks at the Illinois Medical District station at about 7:00 p.m. A CTA spokesperson said it was immediately unclear if lightning or wind, or a combination, were to blame. The concrete ramp was still intact. No injuries were reported.

Landscaping crews along the Eisenhower have been finding debris along the expressway, such as sheet metal and plexiglass that matches the pattern of the canopy that fell away.

The Paulina entrance for the Blue Line is closed and nearby large tree branches are down.

When severe storms came through the area last night, flashes appeared along this stretch of the Blue Line east of Ogden and part of the pedestrian canopy blew over.

"It's very scary. I want to know where it came from and how it happened because I ride the Blue Line every day," said Sheila Hill, a Blue Line passenger.

"I've never seen anything like it. It was amazing to me. It was just a boom and sparks and debris flying all over the tracks. I don't know how that's going to be fixed anytime soon," said another passenger, Victor Stroud.

Crews worked through the night to restore service after the storm for the Monday morning commute.

Two sisters driving along the Eisenhower took cell phone video of the dramatic flashes near the Illinois Medical District stop.

Blue Line service was restored for the Monday morning commute, but some passengers did have a detour around Paulina.

"The only difference I noticed is that the exit I usually take was just blocked off and boarded up. So I kind of had to go around and take the Ogden exit," said passenger Adriel Cansino.

The CTA says the incident is still under investigation. 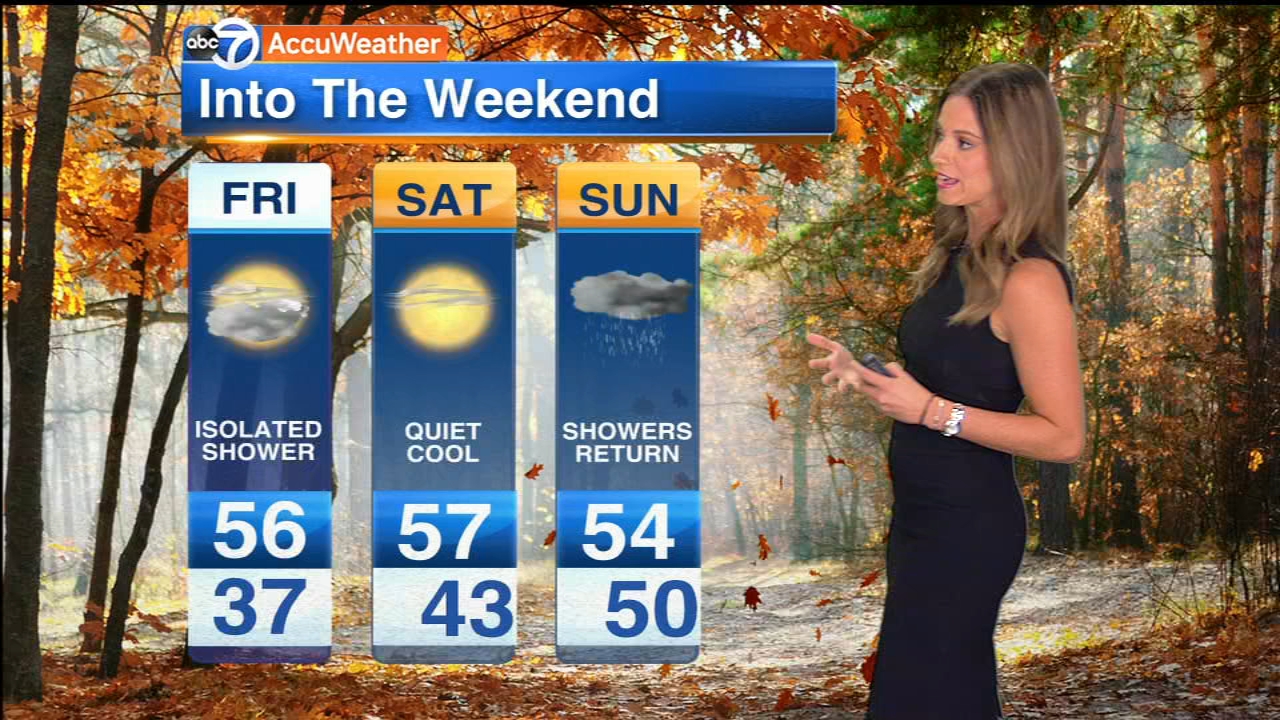 ABC7 AccuWeather Forecast
Cool with some sun, though some rain could come through as well Friday. Highs in the mid-50s.
'RACE TO MACKINAC' BOATS ENCOUNTER STORMS

A hot and humid Saturday was punctuated with evening thunderstorms that swept through the Chicago area, causing high winds, heavy rains, flooding and the delay of a Coldplay concert at Soldier Field.

The storms caused power outages, too. As of Sunday afternoon, 99 percent of the nearly 60,000 ComEd customers who lost power had service restored.
The Edens Expressway flooded Saturday night but has since receded. At one point, the water rose up to three feet high.
The water was so high at the Winnetka underpass on the Edens, a spot that tends to flood often, several people got stuck. Five cars with people inside became stuck on the Edens in the deep water and had to be rescued.

No one was hurt but we're told several homes in the area also flooded.