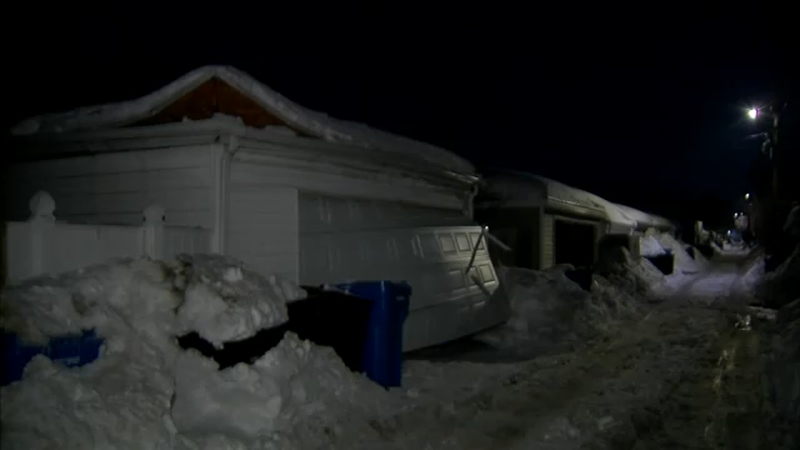 Winter storm dumps over a foot of snow

About an inch of accumulation is expected as snow showers begin late evening.

The Department of Streets and Sanitation continued its response to Monday's snow storm with nearly 500 snow vehicles, according to a DSS statement.

DSS worked to clear up snow from main roads and transitioned to clearing snow from residential streets Tuesday evening, the statement said.

The DSS plans to clear snow from residential streets after working to ensure main roads were safe and passable.

According to the statement, the department added additional crews in every ward to remove and relocate snow to predetermined city-owned lots. DSS prioritized snow piles around schools, hospitals, fire departments and police stations. The city does not plow alleys.

While garbage collection may be delayed, service will be extended through Saturday and garbage trucks will track the alleyways to make them more passable, the statement added.

And while streets are getting cleared up, getting around by foot remained a challenge in some spots because of snow-packed sidewalks.

Officials with the Chicago Fire Department are asking for the public's help to make sure fire hydrants are cleared of snow.

Firefighters were out throughout the day - in between calls - digging out hydrants covered by snow and ice. Obstructed hydrants can hinder fighting a fire as well as rescues.

"When you think about this, this is saving someone's life," said Deputy District Chief Walter Schroeder, Chicago Fire Department. "So, if you have a fire hydrant in front of your home, we ask please that you clear the area."

The snow fleet can be followed in real time at chicagoshovels.org. Residents can sign up to receive up to date weather conditons and emergency information.

It's been a fierce February, as this latest blast of snow has been coupled with brutal cold. Gov. JB Pritzker issued a disaster proclamation after the storm to open up resources.
The highest snow totals were reported in Chicago and Cook County, as well as areas along Lake Michigan. West Ridge, on Chicago's far North Side, reported the most snow with 18.6 inches, followed by 18.2 inches in Oak Park, 18.0 inches in Evanston and 17.7 inches at Midway.

To locate a warming center nearby, residents can call city services at 311 or visit 311.chicago.gov.

The city also has dozens of other locations where people can seek shelter during the day, including at the Chicago Cultural Center, public libraries, Park District locations and local police departments.

The city is also asking people to shovel and salt in front of their homes and businesses and to check on neighbors. The city urged people not to shovel snow off rooftops, as it is a great way to get hurt. Officials say if your home is heated properly, some of that snow will melt.