WLS
By Will Jones and Alexis McAdams
CHICAGO (WLS) -- Major cleanup is underway after strong winds, large hail and heavy rains tore through communities across Illinois.

Amy Jalata and her family were hiding in the basement when a tree smashed onto their roof.

"I thought no one would help us but I saw people coming and was touched by their kindness," she said.

Across the Chicagoland area, crews worked to restore power after lines were torn down during the storm.

In Crest Hill, high winds ripped the roof off a building, leaving large pieces of debris and shingles behind.

A viewer near Will County spotted possibly funnel clouds during a now expired Tornado Watch.

ABC7's Storm Tracker captured downpours and heavy traffic across the Chicago area as drivers were caught in the severe storms.

RELATED: Get the latest AccuWeather reports from ABC 7 Chicago

In Mundelein, rain and thunder were followed by sunshine. Meanwhile, a beautiful rainbow in Chicago capped off a day of severe weather across Illinois. 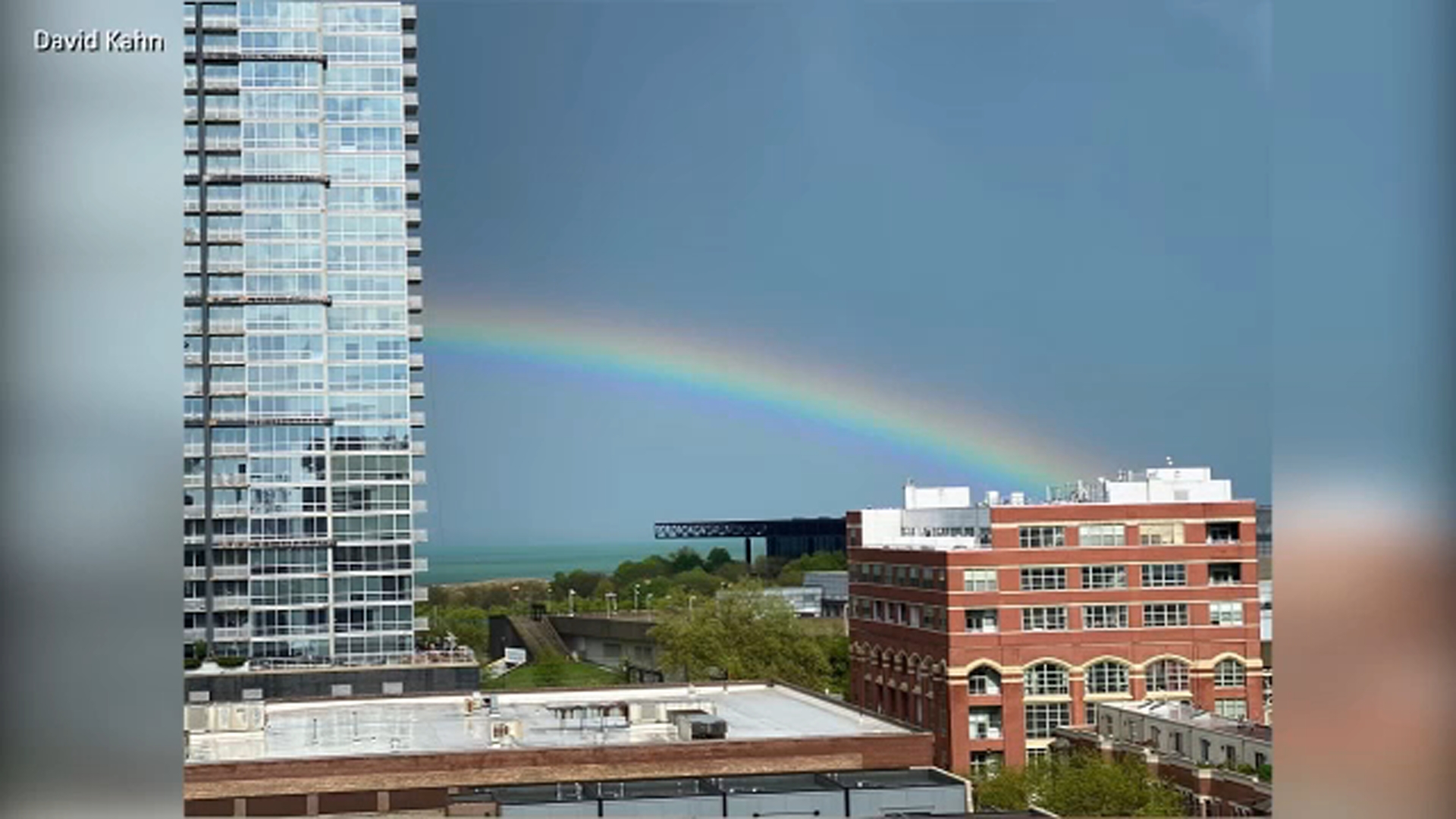 On the toll road in Hammond, drivers struggled with visibility during the storms. Some pulled over to the side of the road, waiting for the system to move through.

The high winds blew the awning off of a Speedway Gas Station in Hammond.

Residents said they haven't seen rain like this in a long time.

"I just stayed away from the windows because of all the hail and wind, and if a tree would've blown down," said resident Anthony Vicari.

"I looked down the street, everyone was scrambling to try to get their cars out," said resident Edgar Gomez. "It was literally so fast, the water coming up, that there was nothing you could do about it."

That flooding was pervasive, shutting off power at Chicago's Willis Tower and causing suburban residents to dry out their basements.