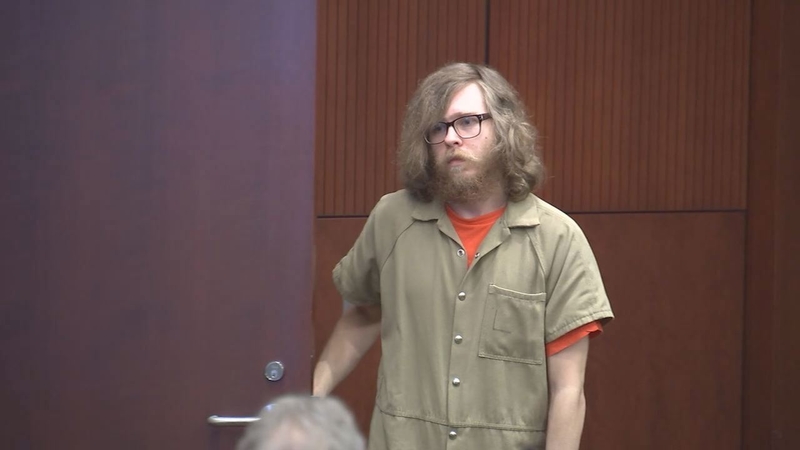 RALEIGH -- Matthew Phelps, a Raleigh, North Carolina man who told 911 dispatchers he thought he stabbed his wife to death after taking too much cold medicine, pleaded guilty to first-degree murder in a Wake County courtroom Friday morning.

He will serve a sentence of life in prison without the possibility of parole.

The family of the victim, 29-year-old Lauren Phelps, were present in the courtroom to provide a victim impact statement.


An autopsy report revealed Lauren had been stabbed 123 times.

The report stated she died from multiple stab wounds to her face, neck, torso, arms, and jugular vein.

Officials said when they found the victim, on Sept. 1, 2017, she was in the fetal position on her bedroom floor.

She was taken to the hospital, where she later died.

Phelps, 29, claims he was on cold medicine at the time and doesn't remember what happened.

"I have blood all over me and there's a bloody knife on the bed, and I think I did it. I can't believe this," he said during a 911 call.

Raleigh man accused of stabbing wife: 'There's a bloody knife on the bed, and I think I did it'


UNC professor: It's 'plausible' too much cold medicine caused Raleigh man to kill his wife

In that 911 call, Phelps claimed he had a dream that he killed his wife. When he woke, he found himself covered in blood, with Lauren's body on the floor.