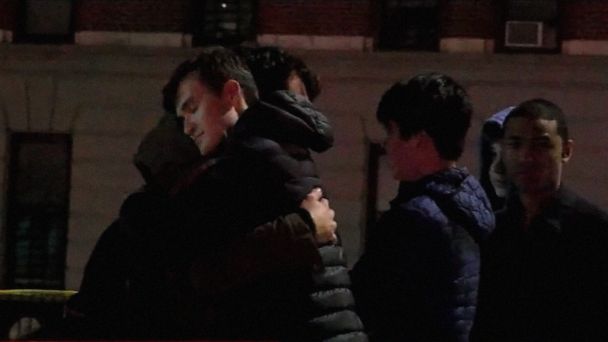 A Columbia University graduate student has been stabbed to death near the Ivy League school's New York City campus while walking home from soccer practice.

The student, 30-year-old Davide Giri, suffered a stab wound to his abdomen just before 11 p.m. Thursday near West 123 St. and Amsterdam Ave., at the north end of Morningside Park, according to the New York Police Department.


A second victim, a 27-year-old man, suffered a stab wound to his torso. He was found nearby, at the northwest corner of Central Park, and hospitalized in stable condition, police said.

While canvassing the area, a 25-year-old man fitting the suspect's description was taken into custody in Central Park, police said. The suspect, identified as Vincent Pinkney, "was observed menacing" a third victim, a 29-year-old man, with a knife, police said.

The 29-year-old wasn't hurt and the knife was recovered, police said.

Pinkney, a suspected gang member, has been charged with attempted murder, assault, attempted assault and three counts of criminal possession of a weapon.

Columbia said Giri was a student at the School of Engineering and Applied Science.


Giri was also a member of NY International FC, an amateur soccer team. The team said Giri was walking home after practice when he was killed.

The team called Giri "the nicest and brightest person on the team" who "was a big contributor to our successes."

Columbia University president Lee Bollinger said in a statement, "This news is both unspeakably sad and deeply shocking, as it took place only steps from our campus. The University is working closely with NYPD to learn more details of the attack."

The scene of his death is near where Barnard College student Tessa Majors was stabbed to death in Morningside Park in December 2019, allegedly by three teenagers who were later arrested.