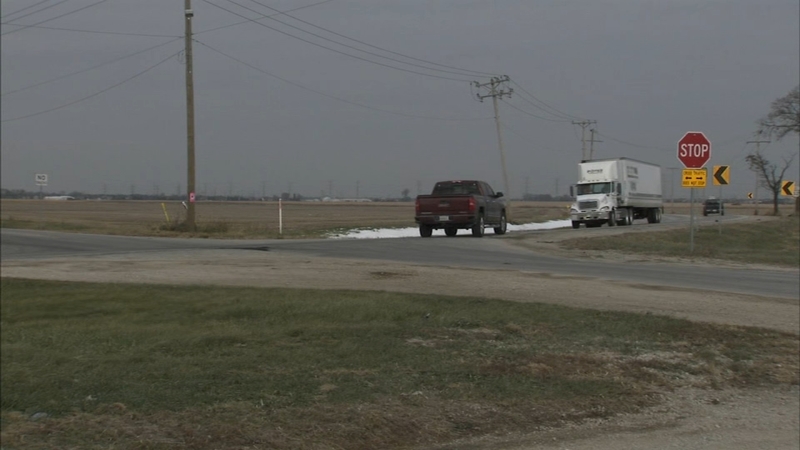 SHOREWOOD, Ill. (WLS) -- A community is calling for change at a dangerous intersection in Will County, where more than 100 accidents have occurred over the past decade.

Paige Quinn, 27, was killed in a crash at the intersection near Shorewood last month. She was on the way to her grandmother's funeral with her parents when their Jeep was struck by another vehicle at Route 52 and County Line Road.

She died from her injuries in the crash.

Her family believes the danger can be easily fixed with a traffic light.

"From the eyes of a 4-year-old, I have to explain that Paige is friends with Jesus now and we don't have her in anymore," said Aryel Adelmann, Quinn's sister-in-law.

Lauren Grigus, Quinn's friend, described her as "a sweetheart."

"She was willing to do anything and everything for anyone," Grigus said.

The family said the teenage driver in the other vehicle didn't yield to oncoming traffic. They said it happens all the time.

"If you watch people just don't stop and the speed you are coming from the other direction," Adelmann said. "I won't even come this way anymore."

According to the Illinois Department of Transportation, there were 115 crashes at this intersection between 2009 and 2018. More than a third resulted in injuries, but no fatalities.

"The stop sign is obviously not working and her death should not have happened," said Margi Langone, Quinn's friend.

In the meantime, Quinn's family and friends are asking drivers to slow down and to obey the stop signs.

"Think about what it would be like to hug your loved one for the last time when they left that day," Adelmann said.