CHICAGO (WLS) -- It's been less than a week since the tragic deaths of Asian-American women at the hands of a white shooter, sparking a nation-wide debate over hate crimes against the greater Asian American community.

"Since the outbreak of COVID-19 and even before that the AAPI (Asian American and Pacific Islander community) community has been a target of unfair blame, discrimination and violence," said Jan Zheng, President, Chinese American Association of Greater Chicago.

Stop AAPI Hate reported at least 3,800 anti-Asian racist incidents, mostly against women, in the past year.

"The crime wave against the Chinese American community has increased the past year. People literally telling their family members to stay in and stay away," said Zheng.

Saturday, the Chinese American Association of Greater Chicago hosted a seminar moderated by ABC 7's Judy Hsu with top city and state political and law enforcement leaders in hopes to unveil what has been seen as overlooked issues within the AAPI community.
"The number of hate incidents reported represents only a small fraction of numbers of hate crime that actually occurred. This shows how vulnerable Asian Americans are to discrimination," said Zheng.

"This week's tragedy should be a wake-up call to all of us that anti-Asian hate is real," said Illinois State Representative Janet Yang Rohr.

"That was a hate crime pure and simple. He wasn't just having a quote en quote bad day," added fellow representative Raja Krishnamoorthi.

Representatives from the Chicago Police Department and Cook County Sheriff's Office spoke on their existing and ongoing efforts to connect with the AAPI community to better encourage reporting of possible crimes, including breaking language barriers by hiring native-speaking officers and adding security cameras to different neighborhoods.

"We surely can't suggest that when someone goes out and murders people most of whom are Asian Americans that this somehow isn't a hate crime," said Toni Preckwinkle, president of the Cook County Board of Commissioners.

"Events such as the past week's slaying in Georgia are frightening and dramatic, and they are simply unacceptable," said Kwame Raoul, Illinois Attorney General.

State leaders are also looking at education as a preventative tool and are working to pass the TEAACH Act that would add Asian American History to Illinois' K-12 curriculum.

The one thing all leaders from the community, state, city and law enforcement all agreed is that from now on, to be silent against this hate is to be complicit and there are no excuses from hiding behind what has been the reality for this community for so long.
Report a correction or typo
Related topics:
community & eventschicagogeorgiachinatownlogan squaredeadly shootinghate crimeasian americanshooting rampageu.s. & worldasian chamberpolicerace and culture
Copyright © 2021 WLS-TV. All Rights Reserved.
ASIAN AMERICAN 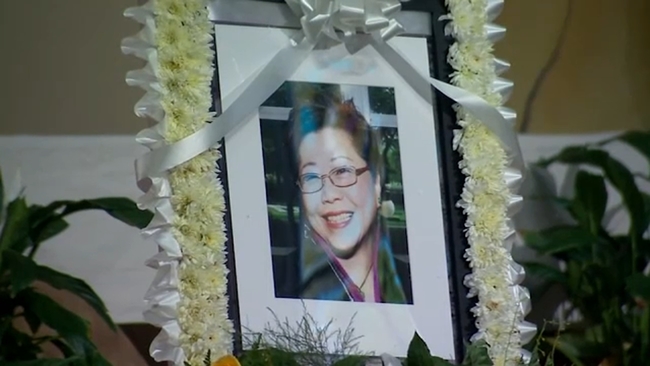 The story behind the stories about hate crimes against Asian Americans