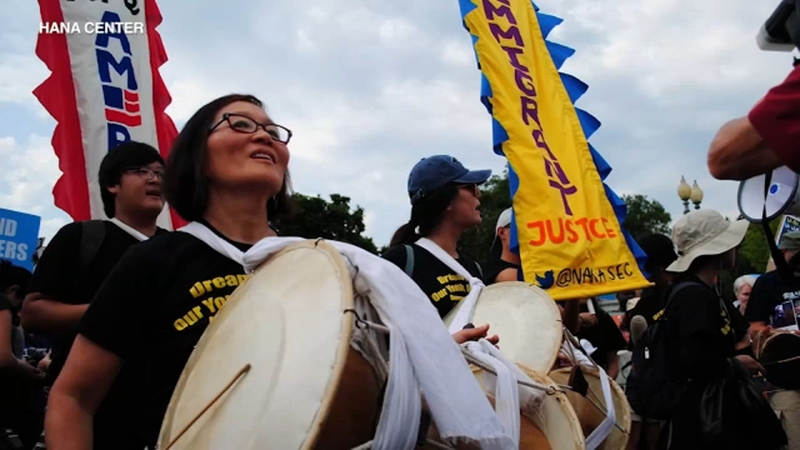 CHICAGO (WLS) -- Empowering women and girls has been the mission of Inhe Choi for decades. When she began her career, she didn't see many Asian women in leadership positions in the city.

As executive director of the HANA Center, Choi works to empower the Korean American and multi-ethnic immigrant communities in the Chicago-area by focusing on social, racial and economic justice.

"We lead with a belief that, you know, as immigrants, we don't just have one issue," said Choi.

Choi got her start serving the community in former mayor Harold Washington's administration.

"I remember him actually saying to me. Your job is to go out and find out what the issues are in the Asian American community in Chicago and bring back those issues and let's see what we can do at the city," Choi said.

Choi says Asian-Americans were being overlooked. The community was not included in the city's affirmative action plan.

While traveling around the city she discovered another problem.

Korean American women who were experiencing abuse had few resources available to them.

Choi went on to co-found Kan-Win in 1990, which is still around, serving Asian American and immigrant victims of domestic violence.

"I got a lot of death threats when we were setting this organization up," said Choi.

When Choi began she said she saw few faces like hers.

That's why at the HANA Center she takes pride in helping young women use their voice with their empowerment program.

"I just learned, like, why it's so important for us as females to kind of take up space and speak up," said Sammeerah Haque.

"I've never been a part of an organization with Asian women. It's actually crazy how intimate and amazing it feels," said Angelynn Jimenez.