Jacob Blake's family ignores president's visit to build and strengthen community bonds
WLS
By Ravi Baichwal and Rob Elgas
KENOSHA, Wis. (WLS) -- Jacob Blake's family did not meet with President Donald Trump when he visited Kenosha Tuesday. Instead, they organized a day of service to spread messages of peace and love.

The events were centered at the site where Blake was shot seven times by a Kenosha police officer nine days ago. Tuesday, his family presented their own narrative, in which people came together to heal, pray and do good works, actions they said would help the 29-year-old recover, whether or not the president was prepared to come there.

"Whatever his motive is, we're not engaging. We're focused on getting justice for little Jake, helping Kenosha get over this horrendous act in their backyard. That's why we're here today," said Justin Blake, uncle.

"This is the Kenosha that I know and I'm joining and celebrating the life of Jacob Blake. Just putting it out there in case the president wants to say his name, say that name he may have forgotten it by now," said Rep. Gwen Moore (D-WI4)

The Blake family said Jacob still can't feel his legs, but he's getting his "vibrance" back. Their focus Tuesday was on non-violence, with efforts all afternoon to clean the streets, offer COVID-19 testing, and voter registration, as well as food and music.

"It's important to take the opportunity, for my own sake and my kids' sake, and just be a part of what's happening and be supportive," said Megan Jurvis, Kenosha resident.

"In the state of Wisconsin we experience voter oppression, over 200,000 people have been purged from voter rolls," said Corey Prince of The Outreach Project. "We want to be intentional about going the extra step, just as the administration has been intentional about suppressing our vote."

There was little police presence at the events, and the president's unwillingness to engage was not upsetting. Nevertheless, many wanted to send him a message.

"That we're part of America too," said Rev. Monic Cummings. "And we need as much presidential support as he's giving the militias. He makes excuses why a 17-year-old breaking the law, he has sympathy for him, but a Black man is shot seven times in the back and he won't mention his name."

Hundreds of people came out to the day of service and block party, choosing to foster their own positivity instead of what they described as the president's divisiveness.
Report a correction or typo
Related topics:
community & eventskenoshadonald trumpcommunity servicevotingjacob blakecovid 19
Copyright © 2020 WLS-TV. All Rights Reserved.
JACOB BLAKE

Kyle Rittenhouse's attorneys claim he is being treated unfairly

Attorneys: Extraditing Kyle Rittenhouse would 'turn him over to mob' 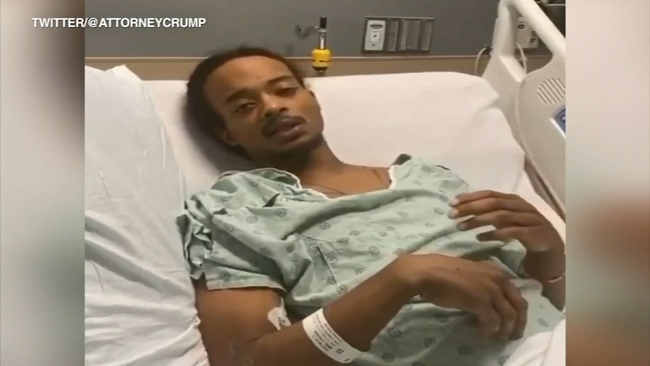