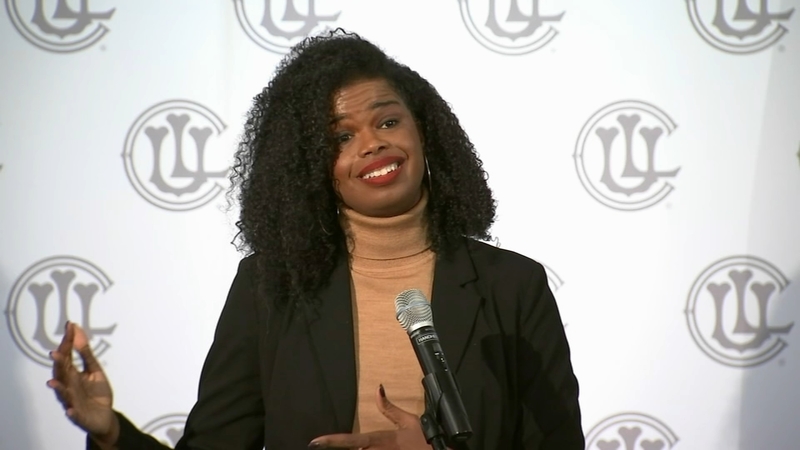 CHICAGO (WLS) -- Murders, shootings, carjackings, smash and grabs... Crime is up and Cook County State's Attorney Kim Foxx is out to set the record straight that she is not to blame.

"I get real emotional when we talk about all the finger pointing," Foxx said.

During the past 2 years as crime has surged, many have pointed the finger at Foxx, including Mayor Lori Lightfoot and Chicago Police superintendent David Brown. In a State of State's Attorney's Office address, Foxx attempted to dispute the perception she is soft on crime by detailing the facts.

"We have approved 85 percent of the adult felonies that were presented to us by police," Foxx said.

And Foxx says her office has a 75 percent conviction rate. But some of her critics say she should take responsibility for her role in what is perceived as a revolving door of criminals in and out of the courthouse.

"Are they prosecuting to the fullest charges possible or they pleading everyone down just to get the case finished and finalized, there is a huge difference in that," said Ald. Ray Lopez-15th Ward.

"Our policies around juveniles have not changed, they are in line with what the juvenile act says," said Foxx.

In addition, Foxx says her policies haven't changed related to retail thefts or smash and grabs, which are felony burglaries. Foxx has been on the defense since her office dropped charges against Jussie Smollett. The actor is set to be sentenced next week after a special prosecutor successfully gained a conviction against Smollett. Foxx says she is waiting for his day in court.

"I will assure you I will have a lot more to say once that has happened," Foxx said.

While police criticized her for the Smollett case, Foxx claims her office, the police department and the mayor are all on the same page when it comes to addressing violence.

"I'm 100 percent in line in mission with all of our partners in law enforcement," she said.