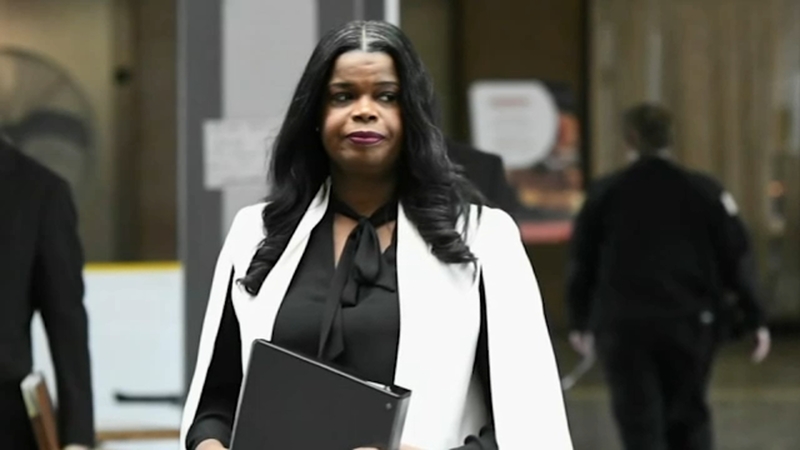 Report released on handling of Smollett case by Kim Foxx

Special Prosecutor Dan Webb successfully argued to have the full report about the Cook County State's Attorney's office made public.

"I do believe that getting my report helps restore the public's confidence in our criminal justice system," Webb said. "That is what I was asked to do. I have done it and now I am glad the report is going to be released."

Webb said the Cook County State's Attorney's Office led by Kim Foxx made "operational mistakes" when it initially dropped charges against the actor.

Judge Michael Toomin made the ruling, paving the way for the full 60-page report to be released Monday.

Webb released a summary of the report a year ago, finding there was misconduct by the State's Attorney Kim Foxx and her office regarding the Jussie Smollett Case.

Monday, the evidence that led him to that conclusion were revealed, which included his office looking through emails, texts, phone records and television news interviews.

Office of the special prosecutor's report found misleading and false statements by the Cook County State's Attorney's office such as:

"I can't ask Mr. Smollett to forfeit his $10,000 bond if I didn't believe we could meet our ethical burden," she said during the interview.

Andre Hope said he took no pleasure in finding former "Empire" actor Jussie Smollett guilty of lying to police and staging an attack on himself.

Then days later in an op-ed to the Tribune, she reversed that claim writing, "The likelihood of securing a conviction was uncertain."

The report says an investigation "did not develop evidence that would support any criminal charges against State's Attorney Foxx or any individual working at the CCSAO." However, the report did go on to say, "the OSP did develop evidence that establishes substantial abuse of discretion and operational failures by the CCASO in prosecuting and resolving the Initial Smollett Case," including a breach of its "obligations of honesty and transparency by making false and/or misleading statements to the public regarding the nature and reasons for the dismissal" of the initial case.

It also states that there was evidence that CCSAO made false or misleading statements to the public regarding Foxx's recusal, as well as statements that she stopped communicating with Smollett's sister after she became aware that Smollett was the subject of an investigation.

The report also says that there was evidence that "may rise to the level of a violation of legal ethics by State's Attorney Foxx and the CCSAO lawyers" relating to the misleading and/or false statements made to the public about the initial case, including providing Foxx with "frequent updates" about the case after her recusal.

As for findings regarding Chicago police handling of the investigation, the special prosecutor did not find evidence to support any criminal charges against CPD and says majority of CPD media communications during the investigation was authorized per the department's policies. However, it did find that there were media reports that contained unauthorized "leaks" of police investigative information by CPD personnel that were in violation of CPD polices, but was not able to identify the anonymous alleged CPD source(s).

Webb was appointed in August of 2019 as special prosecutor.

His report found Foxx should have appointed a special prosecutor initially instead of delegating her first assistant Joe Magats.

The Cook County State's Attorney's Office (CCSAO) remains committed to honesty and transparency. Our response remains the same as it was when the Office of the Special Prosecutor (OSP) issued its August 2020 press release. Though State's Attorney Kim Foxx was not involved with the initial disposition of the Smollett case, she and the CCSAO remain steadfast that the office acted within its broad prosecutorial discretion.

We respectfully disagree with the OSP's findings of abuse of prosecutorial discretion. A prosecutor's discretion is as broad as any in the law, and differences of opinion as to how a case was handled do not signify an abuse of discretion. Finally, it is important to emphasize that the OSP did not find any criminal activity or undue influence on the part of the State's Attorney or the CCSAO.

Earlier this month, Smollett was convicted of disorderly conduct for lying to police about being attacked in Chicago in 2019.