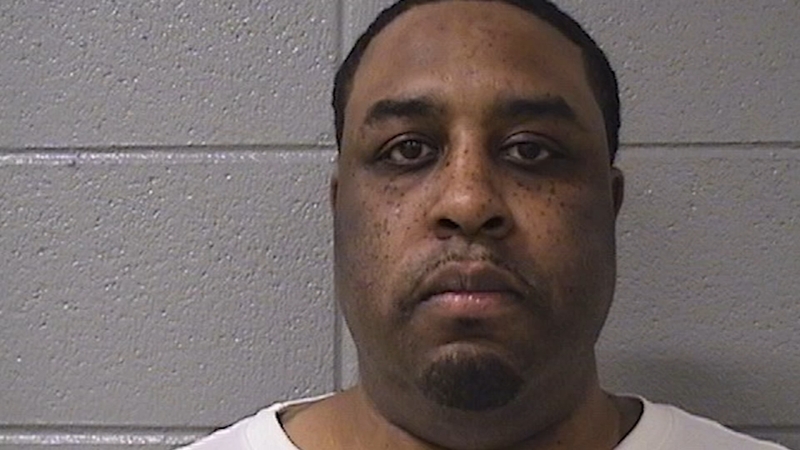 CHICAGO (WLS) -- A federal judge in Chicago is expected to decide by Monday whether to order the release of a large number of Cook County Jail detainees because of the threat from COVID-19.

U.S. District Judge Matthew Kennelly on Thursday heard testimony for and against such a mass transfer of prisoners or an inmate release in an ongoing lawsuit against the county filed by civil rights attorneys.

Whatever the decision, Cassandra Greer-Lee says it will be too late for her husband.

Nickolas Lee, 42, died of coronavirus on April 12. Lee was the third of six Cook County Jail detainees to have died from COVID-19 according to jail officials.

His wife on Thursday told the I-Team that she tried to get help for him when he first got sick in his cell in late March.

She said on April 6, "finally he was taken over to John Stroger Hospital in the ICU. He was already in a severe stage of coding and he passed away; April 12, at 4:20 a.m."

The I-Team interviewed Greer-Lee outside Cook County Jail where she has been among a small group of protesters.

"I don't want this agony on anyone because this will haunt me the rest of my life," she said.

Her husband, a convicted bank robber, was awaiting trial on a new case; armed violence charges from 2018, including aggravated assault on a police officer.

In the eyes of the law he was innocent of those charges, and civil rights attorneys said he shouldn't have been locked up while awaiting trial.

That is kind of situation that brought attorneys for some other county jail detainees to a federal courtroom on Thursday-by video conference-with Judge Matthew Kennelly considering their request for a larger release of prisoners to prevent them getting sick and possibly dying.

Even though Cassandra Greer-Lee said she wasn't trying to get her husband out on bond - his history precluded that - she said he didn't deserve to die from a virus while he was just awaiting trial behind bars.

"Cook County found my husband guilty and gave him a death sentence. That's not fair," she said. "All I can do now, because I didn't win the battle for my husband, all I can do now is try to help the others that's here, that's still alive."

In a statement provided to the I-Team on Thursday Sheriff Tom Dart pointed to what he called the detainee's "extensive history of felony convictions dating back 20 years for drug and gun offenses."

At the same time the sheriff continued his staunch defense of jail operations, saying extensive sanitation efforts have been aimed at preventing loss of life.

Here is the sheriff's full statement:

Everything the Cook County Department of Corrections (DOC) has done since before the virus started spreading in the Chicago area was in an effort to prevent the loss of life due to this deadly virus. DOC staff have worked tirelessly to prevent the spread of COVID-19 in the jail, including aggressive cleaning and disinfecting of all tiers, screening and taking temperatures twice per day of detainees who may have been exposed to the virus, and ensuring that those who are symptomatic are isolated from other detainees.

Lee, 42, was pronounced dead on the morning of April 12 at John H. Stroger Memorial Hospital. He was hospitalized April 6 after testing positive for COVID-19, and we would refer all questions about his medical care to Cook County Health and Hospitals System.

He was booked into Cook County Jail on Oct. 31, 2016, where he was being held without bond at the time of his death on charges including armed habitual criminal and armed robbery - both Class X felonies punishable by 6 to 30 years in prison - as well as aggravated unlawful restraint, aggravated unlawful use of a weapon, aggravated battery to a peace officer, felony possession or use of a firearm, and resisting a peace officer.

According to the arrest report for his pending case, Lee was accused of robbing a man at gunpoint of $500 cash, an iPhone and jewelry. When Chicago Police officers attempted to arrest him, he fought them in an attempt to escape, injuring one of the officers. Police recovered a loaded 9mm handgun from his person.

Lee has an extensive history of felony convictions dating back 20 years for drug and gun offenses as well as resisting and obstructing a police officer.

Lee is the third detainee to die in Cook County Department of Corrections custody after testing positive for COVID-19.

We will continue to work round-the-clock to aggressively combat the spread of COVID-19.

We are clearly leaders in the Country on dealing with the pandemic in a correctional setting. The measures, including testing, isolating, quarantining that we put in place long before a lawsuit was filed, were at the forefront of thoughtful planning. In addition, the CDC and the CDPH have both commended our work. The Sheriff's Office and its brave employees continue to fight on the front lines the spread and impact of COVID-19 in the Cook County Jail. The plaintiffs and their counsel are not alone in caring for the safety and medical and mental health of our detainees. The Director of the Jail testified to the incredible measures we have made to protect the staff and the detainees at the Jail for several months. The Sheriff's Office is not authorized by state law to release detainees from custody. The office does not determine who and for how long detainees come into our custody. Regardless, we have and continue to maximize social distancing, cleaning supplies and personal hygiene for detainees in accordance with the CDC. Nothing that happened today suggests otherwise.