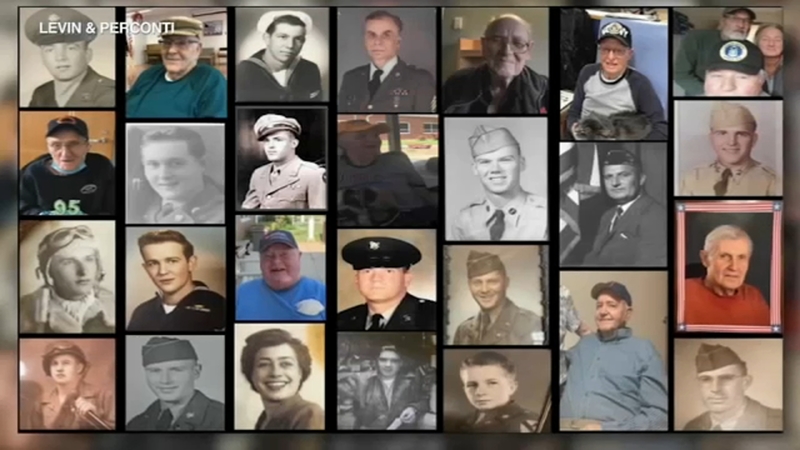 LASALLE, Ill. (WLS) -- Governor JB Pritzker is responding to a report that criticizes his administration's handling of a COVID-19 outbreak at the Illinois Veterans Home in LaSalle.

The state's auditor general said the state health department failed to respond in a timely manner to the outbreak that kill 36 residents at the home in November 2020.

"IDPH did not identify and respond to the seriousness of the outbreak," according to the audit that was published Thursday.

The report goes on to say that even as staff at the facility requested both rapid tests and a site visit, officials at the Illinois Department of Health did not offer advice or assistance as to how to slow the spread at the home, delaying an in-person visit for 11 days.

"His sister, Aunt Catherine lived to be 103. He had a lot of years left and a lot of years to share with his great-grandchildren, which he will never meet," said Leslie Lamb, the daughter of LaSalle Veterans Home victim.

RELATED: Families of those who died from COVID-19 at vets home in LaSalle, IL speak out: 'They had no plan'

Lamb is the daughter of Richard Cieski. The Korean War veteran was 89-years-old when he died.

Speaking to us from her home in Seneca Thursday, Lamb called on Governor Pritzker to accept responsibility for what happened.

"He left me a voice message and he said, 'Is there anything we can do for you?' Well yeah, he needs to step up to the plate and admit they are liable for the deaths of 37 men, and six of the men who were at my dad's lunch table."

Lamb is among 27 families who filed lawsuits last March against the state. Using information gained from a prior report, including one issued by the Inspector General last year, which detailed everything that went wrong inside the facility.

"At a time, several months into the pandemic, when long-term care facilities had already shut down to outsiders and put in place protocols that should have prevented such a devastating loss," it said.

RELATED: Deadly COVID outbreak at LaSalle Veterans' Home could have been prevented, report

"In our opinion, the La Salle Veterans Home situation was a total systemic breakdown from the top to the bottom. No one was doing should have been doing," said attorney Steven Levin with Levin & Perconti.

In Springfield Thursday, Governor Pritzker hit back at the suggestion that IDPH was negligent.

"As soon as it looked like there might be an outbreak, my team asked to IDVA if there was anything more that they needed," the governor said. "I personally made sure that IDPH visited the site when they could be sure that the potential benefits wouldn't outweigh the very serious risks of introducing the virus."