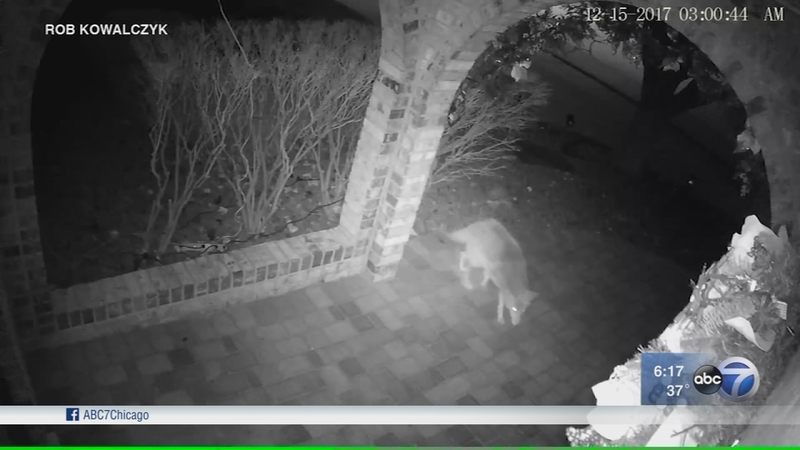 An increase in coyote sightings in the Chicago area has sparked concern among residents in neighborhoods where coyotes have showed up walking the streets and showing up on front porches.

The reason for the uptick? It is coyote breeding season.

Experts say people should not be afraid of coyotes, but they should not treat coyotes like domestic animals by feeding them or approaching them.

"Keep your distance, keep your dogs on a leash and typically most coyotes are not going to approach humans," said Lambrini Lukidis, of the Forest Preserves of Cook County.

Orland Park residents report seeing these wild animals on a daily basis, and even captured them on surveillance cameras getting very close to their homes.

One resident said she refuses to let her two grandchildren out and play as a safety precaution.

"It's been at evening and at dusk, they kind of run through the yards here," said resident Greg Mulac.

Recently, Matt Byrdak, who said he hears them screeching every other night, encountered a packed of coyotes while walking his dog Foxy late at night

"There was two coyotes just standing there and I thought I saw a third just hanging around and I am praying that she better not go over there," said Byrdak.

The coyotes stayed away from Byrdak's dog, but another small dog was not so lucky.