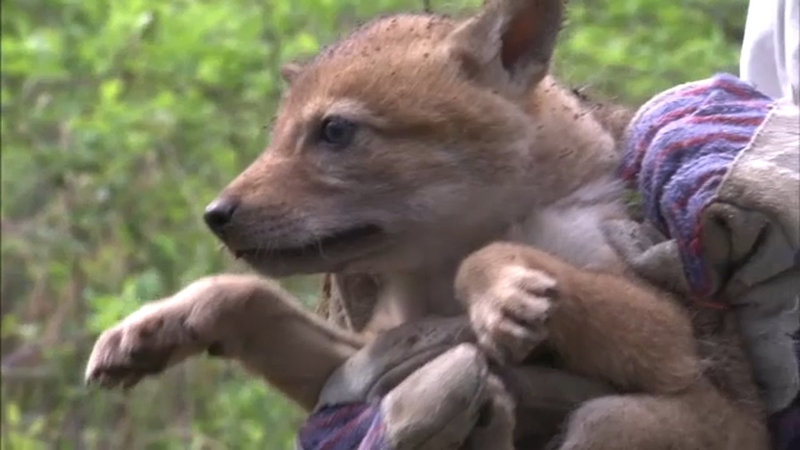 BARRINGTON, Ill. (WLS) -- Biologists were busy tagging baby coyotes and their mothers Thursday morning in north suburban Barrington. They are tagging the animals so they can track their movements.

They do this every year to get a good grasp on where the dens are and how much the coyotes roam about. It also helps prevent attacks and the spread of diseases.

The way biologists get to the coyote pups is by tracking their mothers throughout the course of the year in order to deduce where their dens are located.

"The importance of this is to understand how disease move across the landscape," Anchor said.

Now that a new batch of coyote pups are getting ready to leave their dens, it's up to these guys to keep a close eye on where they move across the Chicagoland area.

"The entire Chicagoland region is in fact coyote territory. There is no area within Chicago that is not a territory of coyotes, even in the inner city," said Anchor.

Once the wildlife biologists find the den, they carefully remove the pups from their mother in order to tag and track them.

Experts say tracking coyotes also helps them understand the packs' movement and interaction between their own species and humans.

Typically around this time of year, female coyotes are more aggressive as they raise their young. This may have been the reason why one coyote in Deerfield attacked and killed a 9-pound Chihuahua.

"They may recognize other canines as an interloper or as an aggressor, a threat to their pups," said Anchor.