1 injured after CTA bus crashes into KFC on Near West Side; Chicago police investigate 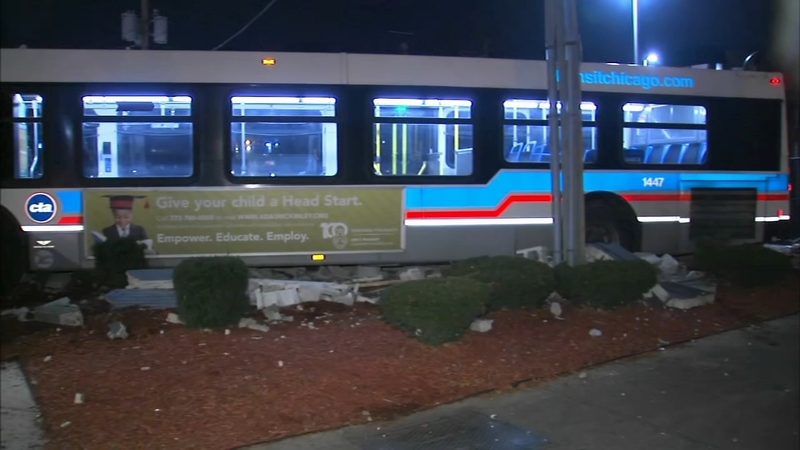 CHICAGO (WLS) -- A CTA bus crashed into a KFC restaurant Friday night on Chicago's Near West Side, police said.

One person, the bus driver, was hurt in the crash that happened near Roosevelt Road and Western Avenue, police said. The accident happened in the 1100 block of South Western Avenue. It is unknown whether the crash will cause any bus delays.

Police did not say what caused the crash, but said the accident remains under investigation.

Video footage shows the CTA bus wedged into the side of the KFC restaurant. It is unknown whether the crash will affect that KFC locations hours or operations.