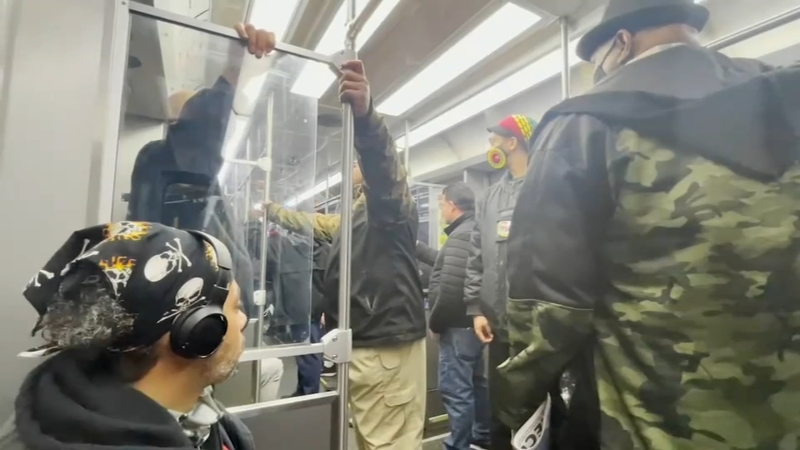 Now, their efforts come with plans to meet with city, police, and CTA leaders in hopes to expand this initiative.

As the early evening commute wound down, a group of Violence Interrupters set out Friday night to tackle crime on the CTA trains.

"Let me say this, we support the police! We're not against the police," said Tio Hardiman, who founded Violence Interrupters. "But by the time police are called, somebody's already been attacked. So, let the record reflect we will intervene!"

Members, including those trained in self-defense, gathered at the 35th Street Red Line Station before boarding to patrol the route between Chicago's Loop and 95th Street, including the stop where a TV host was recently attacked during a robbery.

This is the second time the group ventured out on the trains to ensure the safety of passengers. All of them are unarmed.

"We are very crafted in how we talk to our people out here, so we can be able to de-escalate a person's intentions by the conversation that we bring them," volunteer Napoleon English said. "We're not out here to do no harm to none of them."

Since their first efforts, Hardiman said he reached out to the mayor's office and is now planning to meet with city and CTA leaders on Wednesday in hopes to make their impact on the trains even bigger.

"They talked about hiring 100 additional unarmed security," Hardiman said. "What I'm saying is, we could hire about 50 Violence Interrupters to help out. That's all we want to do."

The group's efforts come at a time when Chicago estimates violent crime on the CTA is up 17% from last year.