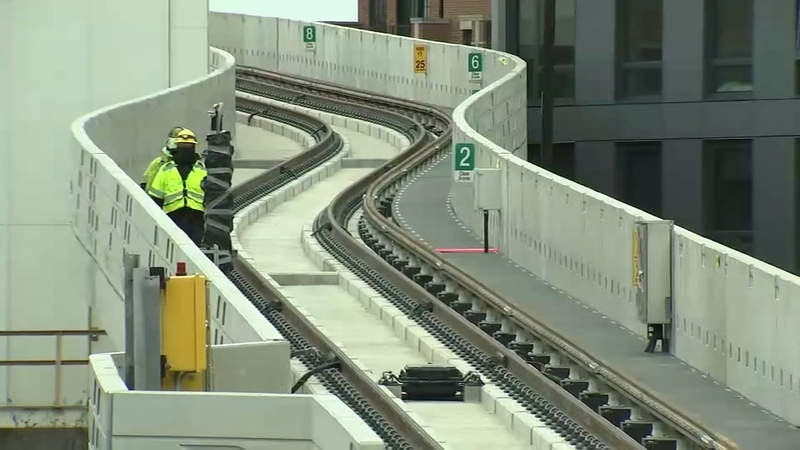 CHICAGO (WLS) -- Starting Friday, the new Red-Purple Bypass could ease congestion for those on the CTA Red, Purple and Brown Lines north of Belmont. It puts a Brown Line track over the Red Line ones in that area.

It's a key spot of contention for CTA commuters. Ask anyone who is a frequent Red, Brown or Purple Line user and they will tell you: getting past the Belmont station heading north during rush hour can be a real pain.

"It's really congested," rider Jackie Neiman said. "And at this point, it's sometimes difficult to even get on a car."

"There are a lot of times you have to wait for the next train," rider Leslie Robinson added. "Or get really, really close to everybody."

Enter a 1/3 mile stretch of track. It may not look like much, but the difference it will make for northbound commuters starting Friday morning will be noticeable.

"What we've done is, in effect, removed a stoplight from the middle of the freeway," CTA spokesperson Tammy Chase said. "Because the old crossing of trains basically created a lot of delays, a lot of overcrowding on trains and it had a ripple effect on the rest of the CTA system."

The bypass will in effect take Brown Line trains over the Red Line tracks, instead of alongside them. Not only will it ease congestion, it will also allow CTA to add trains to the busiest times of day.

"More and more people are riding the trains now," Chase said. "We've doubled our ridership since the beginning of the year. This is a great tool for us."

Part of the CTA's Red and Purple Line modernization program, the bypass is the first major improvement in what is a much larger project aimed at making the city's busiest line more efficient, replacing 100-year-old infrastructure and adding accessibility to stations that still don't have it.