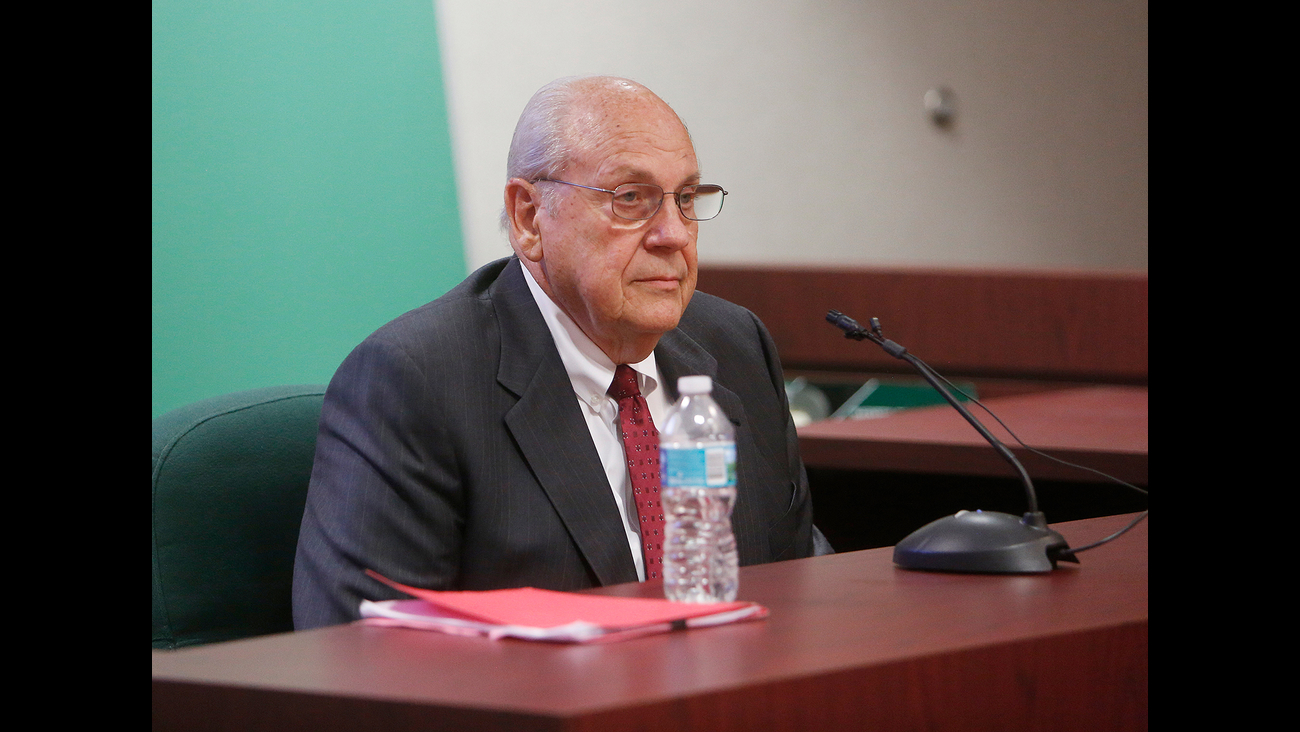 CNNWire
FLORIDA -- A 79-year-old man is finally standing trial this week, eight years after he fatally shot a man who was texting in a Florida movie theater, CNN reported.

Opening statements began Monday in the trial of Curtis Reeves, who has pleaded not guilty to second-degree murder and aggravated battery in the killing of Chad Oulson in January 2014. Jury selection took place over four days last week, ending Thursday when six jurors and four alternates were selected to hear the case, according to Stephen Thompson, a spokesperson for Florida's Sixth Judicial Circuit Court.

The case garnered widespread attention at the time of the killing, in part due to the defendants' self-defense claim under Florida's controversial "stand your ground" law. The claim was ultimately denied by a judge, who said after two weeks of pretrial testimony in 2017 the law did not apply in this case, forcing it to trial.

SEE ALSO | West Side shooutout suspect due in court in case that led to dispute between Lightfoot, Foxx

Reeves was initially held without bond, but was freed on $150,000 bond in July 2014 under the conditions he was allowed to leave his home only to attend church, court, medical appointments or go to the grocery store.

The trial comes after years of delays CNN affiliate WFTS has attributed to various motions, pretrial hearings and the Covid-19 pandemic. But an attorney for Oulson's wife, who was injured in the shooting but survived, called the delays "embarrassing."

"The eight-year delay is, in my opinion, embarrassing and only benefited Curtis Reeves as it allowed him to contribute to be at home with his loved ones and spend time with his family," TJ Grimaldi said in a statement, "all while Ms. Oulson was stuck waiting for delay after delay to be resolved."

Shooting occurred after argument about texting

Reeves initially claimed he shot Oulson in self-defense when the two got into an argument over Oulson texting during a screening of "Lone Survivor" in a Wesley Chapel movie theater outside Tampa.

Oulson's wife has said he was texting their daughter's babysitter.

Reeves, then 71, confronted Oulson about texting during the previews prior to the movie, according to a criminal complaint. Reeves left and complained to a theater employee, and when Reeves returned to his seat, he and Oulson argued.

Oulson threw a bag of popcorn at Reeves, the complaint says, at which point Reeves, a former police captain, took out a handgun and fired, fatally wounding Oulson, who was taken to a hospital, where he died. Oulson's wife, Nicole, was shot in the hand.

Reeves and his attorneys have argued Oulson threw a cellphone at Reeves' head and was aggressively leaning over a chair toward him when the shooting occurred. In pretrial hearings in 2017 over his "stand your ground" defense, Reeves testified he "perceived" Oulson was about to punch him, WFTS reported at the time.

In audio prosecutors played in court of Reeves talking to detectives shortly after the shooting, he said, "If I had to do it over again, it would have never happened. I wouldn't have moved. But you don't get do-overs."

Prosecutors countered popcorn was not a weapon, adding witnesses did not report seeing Oulson throwing his cellphone.

Florida was the first state in the country to enact a "stand your ground" law in 2005. The law -- famously surfaced in the 2013 trial of George Zimmerman over the killing of Trayvon Martin -- allows residents to use deadly force when they fear they are at risk of death or great bodily harm. Zimmerman ultimately did not invoke the statute, and he was acquitted in the case.

In Reeves' case, however, defense attorneys asked the judge to dismiss the second-degree murder charge under the state's "stand your ground" statute, which would have given Reeves immunity from prosecution.

But Judge Susan Barthle expressed doubt the defendant was acting in self-defense and rejected the claim. The judge was unwilling, she said, to "come to the conclusion that these circumstances are those envisioned by the Legislature when the 'stand your ground' law was enacted."

About half of US states have enacted similar laws as of May 2020, according to the National Conference of State Legislatures. But "stand your ground" laws have also been criticized by some who say they can encourage violence, particularly against people of color, and lead to increased homicides.

Those who knew Oulson described him as a "good, genuine person," according to WFTS.

Oulson did financial work for a powersports vehicle dealership in Port Richey, the station said, and loved to ride dirt bikes and go boating.

Before then, he'd served in the US Navy from 1990 to 1997 and was an aviation maintenance administration petty officer 2nd class, according to the Navy.

Meantime, the last 8 years have been hard for Nicole Oulson, Grimaldi, her attorney, told CNN, as she has had to navigate being a single mother while also grieving the loss of her husband.

"While going through a trial forces her to relive this situation, that she would rather forget, she can't wait for the day that justice is served, Curtis Reeves is found guilty and spends the rest of his natural life in prison paying for his crimes," Grimaldi said.