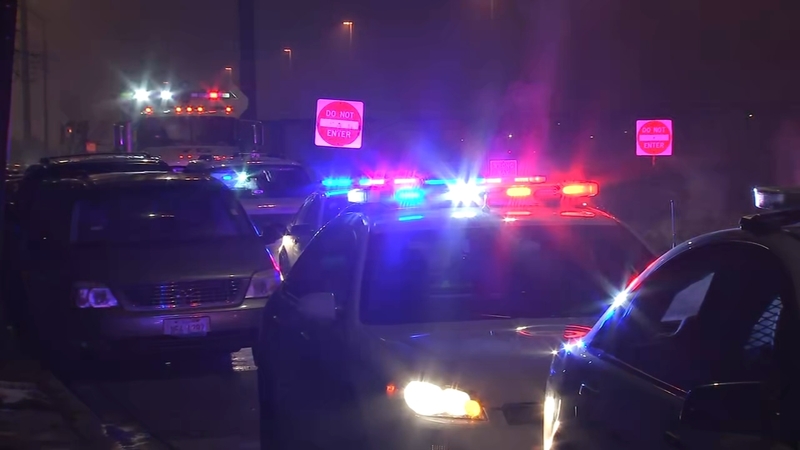 CHICAGO (WLS) -- Illinois state police are searching for a fourth suspect after a car chase and crash on the Dan Ryan Expressway on Chicago's South Side Monday night.

State police said troopers were pursuing the armed robbery suspect out of Frankfort, who led them on a chase into Chicago. The suspect hit a trooper's vehicle on I-94 southbound around 75th Street, then later crashed at 95th Street, ISP said.

No state troopers were injured in the crash.

Four people in the suspect's car took off on foot, and only three were arrested. Police said they also recovered three guns.