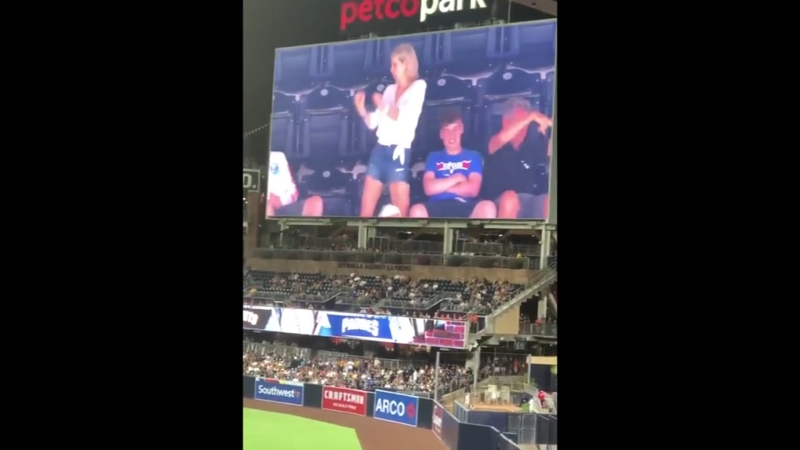 SAN DIEGO -- A mom spotted on the dance cam at a San Diego Padres baseball game had some good moves... and had her son totally mortified.

Between innings of the San Diego Padres and the San Francisco Giants game, Get Low from Lil Jon & the East Side Boyz started playing and the unknown woman started dancing.

The moment was captured by Action News producer Rudy Rendon, who stopped by the stadium on his vacation this week.

In the clip, the young man keeps his arms tightly crossed as his mom dances, on the other side of him, a man -- probably his dad -- is dancing in his seat.

In another clip, the young man has switched seats to get further from his mom and can be seen burying his head in his hands.