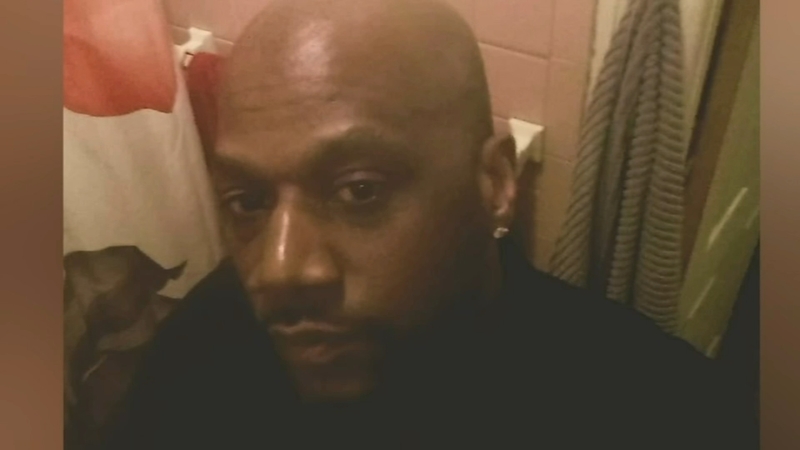 CHICAGO (WLS) -- Seven police officers in Rochester, New York have been suspended in connection with the death of Daniel Prude from Chicago.

Rochester Mayor Lovely Warren made the announcement Thursday that the seven officers involved would be suspended without pay.

She had been misled for months on the circumstances of Prude's death, but the latest action against officers involved was not enough to satisfy demonstrators.

RELATED: Chicago man died while being restrained by police in Rochester, NY

Prude was a Chicago man visiting family in Rochester when he died last March. Newly released body cam video shows Prude naked in the street with police putting a bag over his head to keep him from spitting.

Prude's brother had called 9-11 asking police for help, saying he was having a mental health issue. But that encounter would lead to Prude's death.

The medical examiner ruled the case a homicide, saying Prude died from asphyxia in the setting of physical restraint along with delirium and PCP intoxication.

The daughter of a Chicago man killed by police in upstate New York is demanding answers and punishment for the officers involved.

The mayor said the police chief told her that prude died from a drug overdose, while in custody.

"I want justice," said Tashyra Prude. "I want these officers charged with murder and I want the City of Rochester to do better."

Tashyra Prude called the investigation into her father's death "a cover-up."

"It was heartbreaking, I never thought I would see my father that way and to this day I'm still waiting for him to call and say, 'I'm coming home,'" Tashyra Prude said.

The last time Tashyra saw her dad was March 19, right before he left Chicago to visit family in Rochester. Prior to Prude's encounter with police, he ran naked through the streets of Rochester, apparently suffering from a mental health episode.

"Me being his youngest child to actually go away to college, that is something he deserved to see," she said.

The mayor of Rochester said she suspended the officers against the advice of counsel and expects a lawsuit from the police union.

Mike Mazzeo, president of Rochester Police Locust Club, said the union was not aware of any concerns by the family or anyone else' until shortly before the press conference on Wednesday.

He also said the video of the incident is "inaccurate" and that it appeared officers followed training. He said if there is an issue with the training, "Lets change it."