WLS
By Chuck Goudie and Ross Weidner and Barbara Markoff 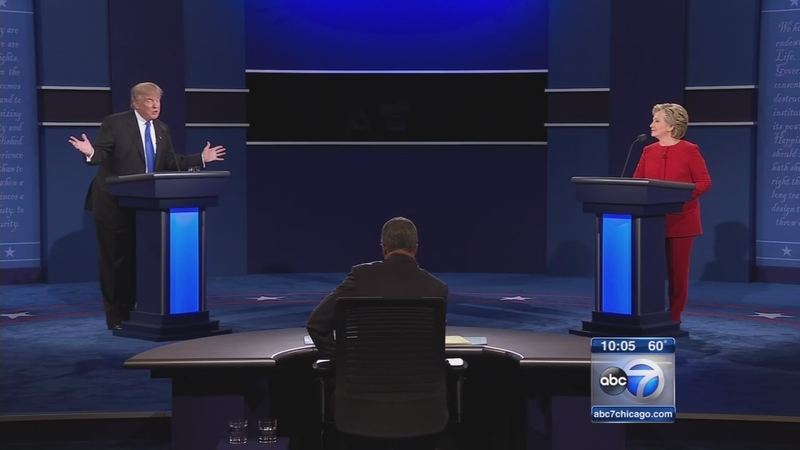 HEMPSTEAD, New York (WLS) -- Never before have so many candidate claims over the months been so widely documented, and Monday night social media sites were jammed with people fact-checking what Donald Trump and Hillary Clinton said.

The I-Team Truth Squad was in high gear analyzing what they both said.

"In Chicago, they've had thousands of shootings, thousands, since January 1st. In fact, they've had 4,000 since Barack Obama became president," Trump said.

Those stunning statements from Trump about Chicago are true, although for months Trump had been saying there were 5,000 Chicago murders since President Obama took office.

This statement from Secretary Clinton is mostly true according to financial experts. There were six bankruptcies, but Trump wasn't personally responsible for all of them.

Then there was this odd statement from Trump.

"No wonder you've been fighting ISIS for your entire adult life," Trump accused.

"Just go to her website, she tells you how she'll fight ISIS on her website. I don't think General Douglas McArthur would like that too much," Trump said.

"We have taken the homepage of my website, HillaryClinton.com, and we've turned it into a fact checker so if you want to see in real time what the facts are, go and take a look," Clinton said.

"And take a look at mine," Trump interjected.

After some pre-debate wrangling concerning the role of the moderator, Lester Holt of NBC did some on-the-spot fact-checking on the Iraq War and whether Trump opposed or supported it. While Trump now says he's been a staunch opponent of the invasion, his public statements show he wasn't nearly as solid as he now claims.