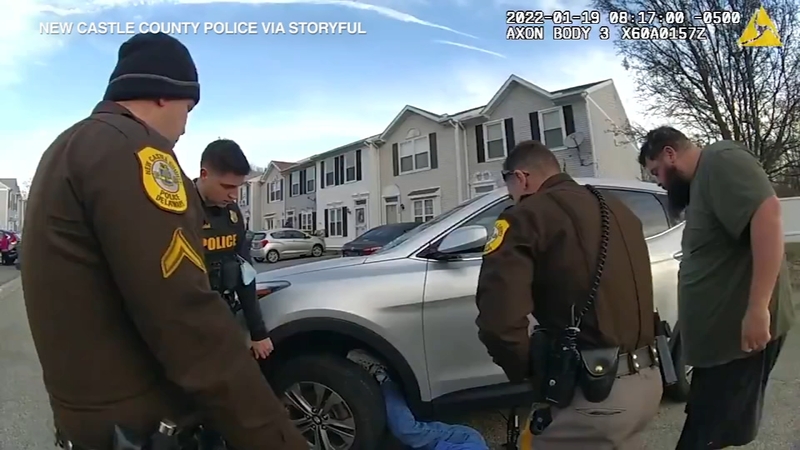 NEW CASTLE, COUNTY, Del. -- Officers with the New Castle County Police in Delaware lifted an SUV to free a 70-year-old woman who was trapped underneath the vehicle on January 19.

Police said they found the woman with her left arm stuck under the 2016 Hyundai Santa Fe. The woman's leg was also stuck in between the wheel and the car's body.

A member of the community had attempted to use a jack, but it was not high enough to lift the vehicle, police said.

The woman was later taken to hospital in a serious but stable condition, police said.

"Do you want to pick it up together," one of the officers could be heard saying on body camera video.

"The quick thinking and physical actions of the bystander and the officers from the Division of Police played a major role in this patient being protected from further injury, and possibly death. The Emergency Medical Services Division values the close working relationship we share with our law enforcement partners in our combined mission to serve the citizens of New Castle County," said Mark R. Logemann, chief of the New Castle County Emergency Medical Services Division.