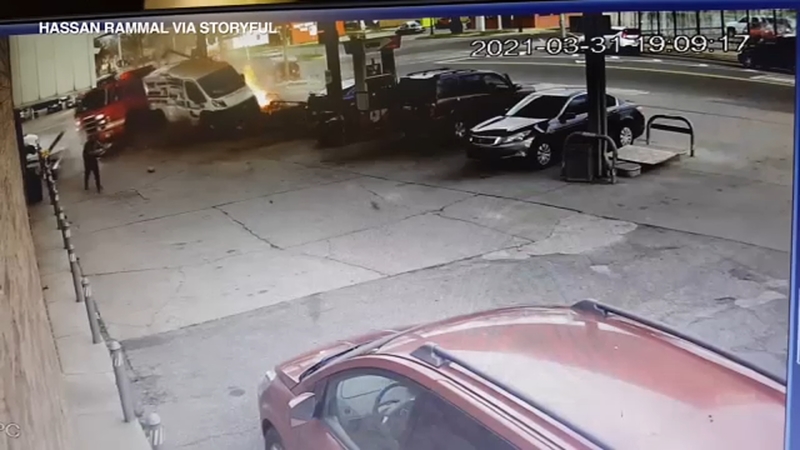 Fire truck collides with vehicle before crashing into gas station

DETROIT -- A Detroit fire truck collided with a Lincoln Navigator Wednesday evening, causing it to crash into another vehicle and plow into a gas station pump on the city's east side.

Surveillance footage shows when the driver of the Lincoln Navigator lost control and hit a pole after running into the fire truck. The truck then smashes directly into the gas station and strikes at least one vehicle. Several people can be seen running from the crash after a fire breaks out.

Fortunately, there were no major injuries, WXYZ reported.

Three firefighters and four civilians were taken to a local hospital with minor injuries, according to fire officials.

A similar incident happened in 2019, when a Detroit fire truck was involved in an accident near the very same gas station, according to Storyful.

An investigation into the cause of the crash is ongoing.