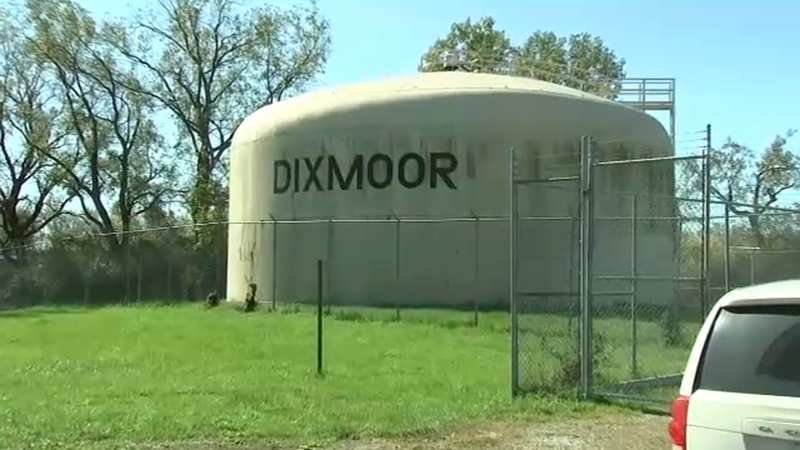 DIXMOOR, Ill. (WLS) -- The Village of Dixmoor is under a boil water notice Monday amid ongoing issues with the area's water.

Barely a trickle of water is coming out of Pamela Dixon's bathroom and kitchen faucets.

It's a problem the Dixmoor resident has been living with since early Saturday morning, along with everyone else in the village.

Now, to make matters worse, the south suburban community is under a boil order.

The Village Board recently declared a state of emergency because of the ongoing water problems.

"My son left me two cases of water. I already went through one case, now I only have a half a case left," Dixon said.

At Dixmoor's City Hall, truckloads of donated bottled water have been coming in for residents to pick up as needed. But the main problem lies at the village's pumping station, where the turbines burnt out after Village President Fitzgerald Rogers said water, which is supplied to them by neighboring Harvey, stopped coming in.

"They had two breaks. One at 146th and Ashland; the other one at 145th and Ashland. They fixed them [Sunday] and now a pipe has broke down the line," Rogers said. "I'm trying to figure out how does this line here ties into Dixmoor's line, because we're supposed to have our own line feeding us."

The pipe at 144th and Ashland was fixed as of Monday afternoon, according to Rogers, and hopes normal water service will be restored later in the evening.

However, it's unclear whether this is the cause for Dixmoor's lack of water pressure. Rogers believes it's all connected, putting the blame squarely on the City of Harvey's shoulders.

"If someone shut a valve off and then they turn it back on, the air pockets in there blows the top of the pipes out. It's a hammer effect," he said. "So someone had to shut the valve off and it was not on Dixmoor side where the valve was shut off at."

The question now is, why would someone purposely shut the valve that feeds water into Dixmoor off? Harvey officials flatly deny that's the case.

While both sides admit to an ongoing conflict is related to a more than a million-dollar unpaid water bill, a spokesperson for Harvey tells ABC7, "The issue that Dixmoor is having is a result of their infrastructure and not of the water supply, which remains unchanged."

Residents in need of bottled water and unable to pick it up themselves can call Village Hall to arrange an at-home drop-off. Officials are hoping to get the pumping station back up and running as soon as possible.