The Gail Borden Public Library in Elgin will not remove Dr. Seuss books that will no longer be published 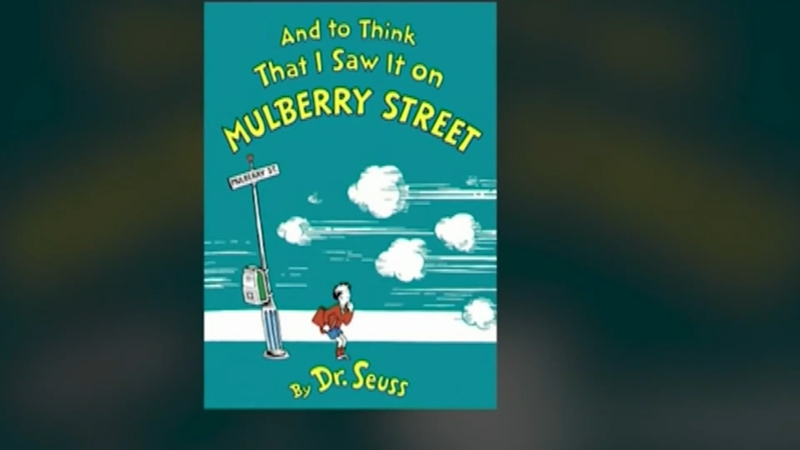 The Gail Borden Public Library in Elgin will not remove Dr. Seuss books that will no longer be published

ELGIN (WLS) -- The Elgin library will not remove Dr. Seuss books that will no longer be published.

The books have become very valuable, so the library will keep them at their information desk and allow people to look at them inside the library to keep the books from being stolen.

"Some of these are over $2,000," said Denise Raleigh, division chief public relations and development for the Elgin library.

"You know, it's well worth our time to keep those and to make sure that those connections and those discussions can, you know, can keep occurring," Raleigh said.

The Gail Borden Public Library in Elgin has four Dr. Seuss books that are no longer being published. The titles are, "If I Ran the Zoo," "And to Think That I Saw it on Mulberry Street," "On Beyond Zebra!" and "The Cat's Quizzer."

Chicago libraries chose to temporarily pull six Dr. Seuss books from their shelves after Dr. Seuss Enterprises said it would stop publishing them over racist and insensitive imagery.

Six Dr. Seuss books will no longer be published due to insensitive imagery.

"These books portray people in ways that are hurtful and wrong," Dr. Seuss Enterprises told The Associated Press in a statement that coincided with the late author and illustrator's birthday last week.

As adored as Dr. Seuss is by millions around the world for the positive values in many of his works, including environmentalism and tolerance, there has been increasing criticism in recent years over the way Blacks, Asians and others are drawn in some of his most beloved children's books, as well as in his earlier advertising and propaganda illustrations.