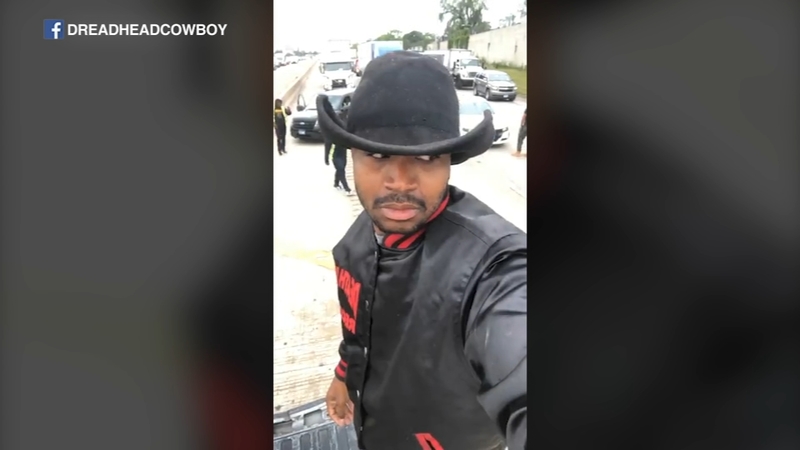 Adam Hollingsworth livestreamed the event Thursday afternoon as the holiday weekend rush hour audience was held captive in their cars.

"All the gun violence, listen, all these killings, we need to understand. We're losing too much," Hollingsworth said.

The small but dedicated group of protesters headed outbound on the Dan Ryan, then stepped out of their cars and stopped traffic near 53rd Street. The protest closed the outbound lanes briefly from 3:45 p.m. to 3:57 p.m., Illinois State Police said.

"Kids lives matter," Hollingsworth said as he joined the group in the name of stopping gun violence against children.

"They took my horse trying to silence me, man, but it's all about support," Hollingsworth said.

This was Hollingsworth's most recent rodeo. Last summer he captured national attention galloping down the expressway on his horse, denouncing gun violence. Police arrested Hollingsworth then, and again with a group on Thursday.

Illinois State Police, who patrol the expressway, showed up and tried to clear the group. It resulted in a brief scuffle before they cleared the roadway and reopened it to outbound traffic.

A handcuffed Sherman joined others detained by state police at a Far South Side police district hours after the expressway interruption. He said he has no regrets.