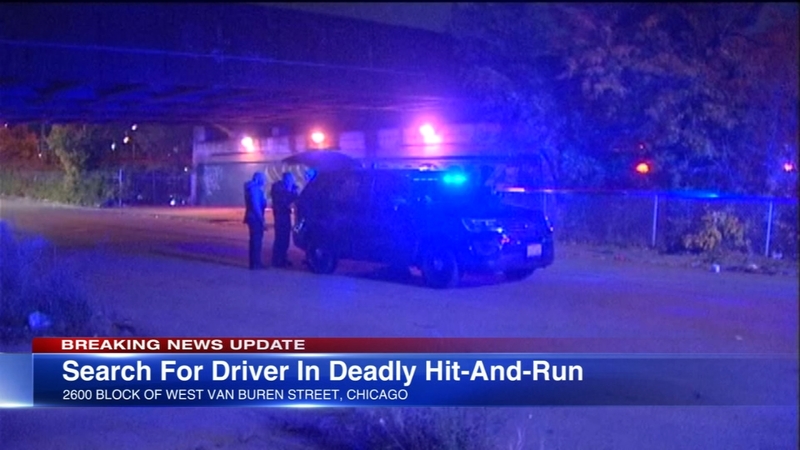 CHICAGO (WLS) -- A 54-year-old man was killed in a hit-and-run in the East Garfield Park neighborhood Wednesday night and Chicago police are now searching for the driver.

The victim was walking west on Van Buren Street when police said a vehicle also traveling west struck the man from behind and then took off from the scene.

The man was transported to Stroger Hospital and later pronounced dead. The man's identity has not yet been released.