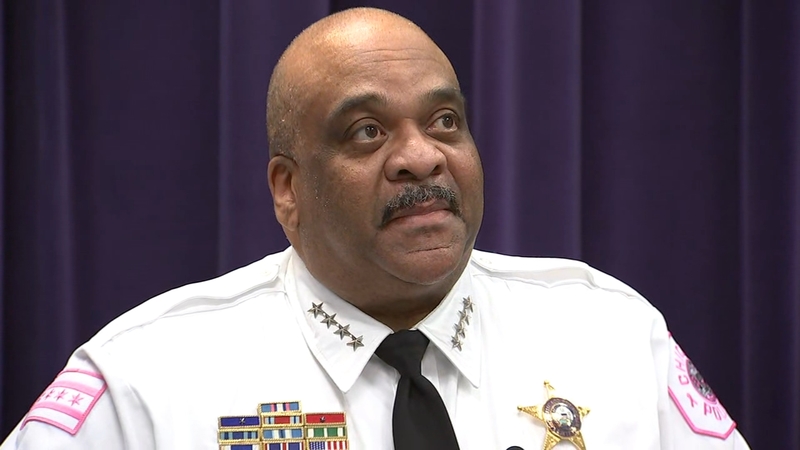 Johnson said that he went to a late dinner while off-duty Wednesday night and did not feel impaired or experience any side-effects from his medications when he left dinner, so he drove himself home.

When he got close to his home, he said he experienced a similar kind of lightheadedness that he experienced while at a law enforcement event with then-mayor Rahm Emanuel in 2017.

Johnson pulled over and parked his vehicle and a passerby called 911 and reported that a person was asleep at a stop sign.

"Your body kind of gives you a warning with the high blood pressure thing," he said. "That you may pass out. So I pulled over, stopped. And I just rested myself."

Officers checked on Johnson's well-being and found no signs of impairment, he said. Johnson then drove himself home.

He confirmed he did in fact fall asleep in the car for a short time, but felt fine once he awoke.

Johnson said at a Thursday evening press conference that he had visited his cardiologist at the beginning of the week for a follow-up appointment related to the small blood clot he was treated for over the summer. At that appointment, Johnson said his doctor adjusted his high blood pressure medication.

Johnson said he removed the old blood pressure medication from his daily regimen, but failed to put the new medication in.

"When he told me to stop taking that initial blood pressure medication I took that all out. But I failed to put the new medication in. So when I went to see him today my blood pressure was elevated, that's actually when I realized I hadn't done it," Johnson said. "So, he wasn't very happy with me today when he found out that I had forgotten to put it in there."

Johnson said he visited his neurologist about Wednesday night's episode, where his doctor found he had elevated blood pressure.

Johnson said that per his doctor's instructions he will go to the hospital to be checked out, but that he will first attend the police board meeting.

Johnson said he requested an internal investigation into the incident in the name of total transparency.