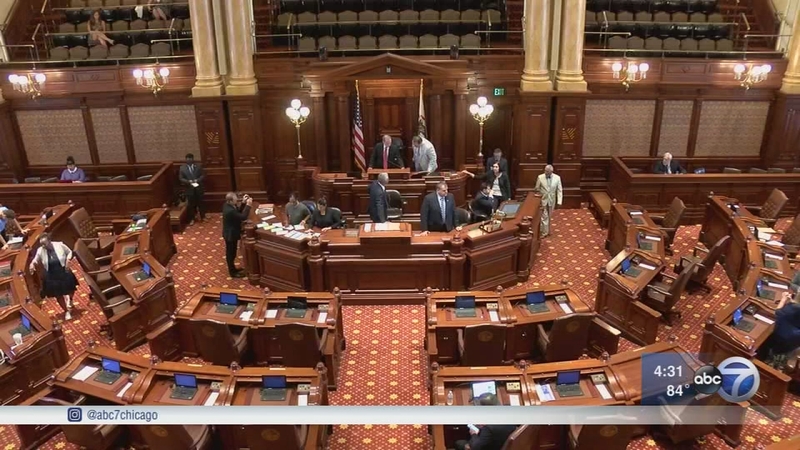 Lawmakers returned to Springfield Wednesday as school administrators across the state held their breath and waited to see if there was any reason to hope to see school funding checks cut in time.

And nothing was done as Senate Bill 1 was held in parliamentary hold in the Senate because Democrats are trying to avoid the governor's veto.

Senate President John Cullerton, D-Chicago, said Republican Gov. Bruce Rauner was rebuffed in his attempt to meet with Rauner to work out a compromise before sending him SB 1.

"I'm afraid that he's acting out of anger, you know he has a bad month, I mean we've overridden him four times in a row, half his staff was either fired or quit and I just wanted to have a meeting with him," Cullerton said.

Cullerton said he would send SB 1 to the governor's desk on Monday - the last day of the special session.

Gov. Bruce Rauner called for the special session after lawmakers ignored his noon Monday deadline for sending him a bill. This is the second special session and comes just weeks before schools are scheduled to open.

The governor, who signed Wednesday a bill freezing lawmakers pay and per diem, said he will use his amendatory veto power on the education spending bill, but he refused to outline what he would change.

He opposes what he calls a bailout for Chicago Public Schools in their legacy pension costs, saying that should be handled in a separate bill. But he and fellow Republicans accused Democrats of creating a crisis by not sending the bill to his desk.

"This is vicious manipulation of the democratic process, for political gain, for a political machine, damaging our children's lives, it's outrageous," Rauner said.

Under SB 1, all schools across the state will get more money. But if the bill gets vetoed and the House and Senate fail to override, lawmakers will have to start all over on a new spending bill.

House Speaker Mike Madigan, D-Chicago, blamed the governor for the impasse by refusing to support SB-1 as it is.

"The governor has adopted a no-compromise position which will keep the state in chaos for several weeks and months," Madigan said.