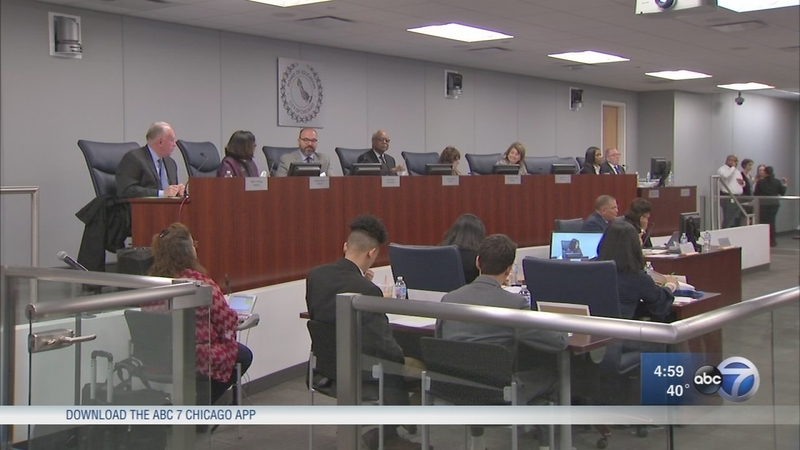 Before the vote, dozens of people gave emotional opposition to the closure.

All the schools slated for closure have been labeled either under-enrolled, under-performing or both. These are the first closures since 2013 and will primarily affect African American students.

The vote sparked protests by community activists and some students staged a sit-in in the lobby of CPS's downtown headquarters after railing against the plan at the Wednesday morning regularly scheduled board meeting.

"I feel like you don't see what we see. If you were in our position you would know what was going on," said NTA student Taylor Wallace.

"Where do they get this information that we've agreed to this? Tearing down our neighborhood, not investing in our school, disrupting our children," said Bobbie Brown, the chairperson of Harper High School's LSC.

"Building a new school, that is the bait and switch. That's to make this look like a benevolent pro-community policy," said Jesse Sharkey, of the Chicago Teachers Union.

In the South Loop, the CPS decision would close the National Teachers Academy (NTA), an elementary school, and convert it into a neighborhood high school. The plan would consolidate the NTA and South Loop Elementary School.

"When you try to take away NTA, it's like you're trying to take away a family," said Devon Collins, an NTA student.
Parents and students vowed to continue to fight.

"It is idiotic that we even discuss about the proposal. I call a halt to closure," said Aiko Hibino, of Save Chicago Public Schools Coalition.