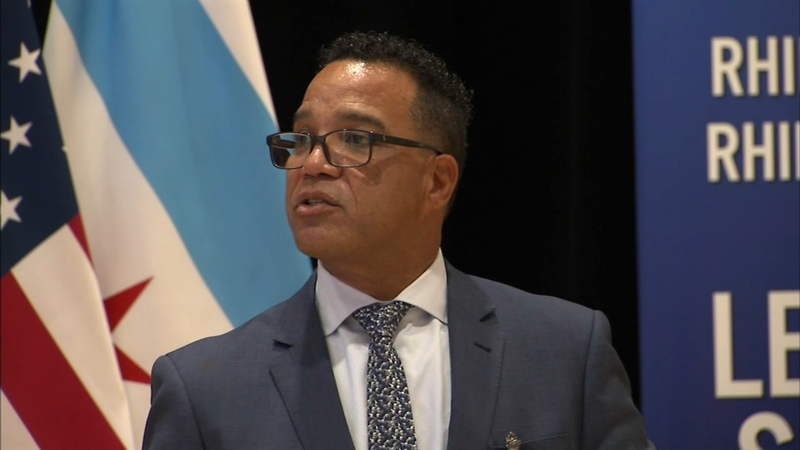 Lightfoot tapped a former regional superintendent who had to be coaxed out of retirement. She introduced Dr. Jose Torres Monday as her pick to temporarily lead the Chicago Public Schools, but she said he is not interested in being a candidate for the job on a permanent basis.

"I'm here to serve. I'm not building my resume. I actually was sitting on the palm tree yesterday in front of the ocean," Torres said.

Torres had been contacted about the job two days after he retired as President of the Illinois Math and Science Academy. He had previously served as Superintendent of Elgin District U-46, and had been a regional CPS superintendent.

"His stellar track record and career and living experience make him a great fit for this role," Lightfoot said.
Lightfoot said the search for a permanent replacement for Jackson continues and she hopes to have nominations from a search team by the end of July.

In the meantime, Lightfoot continues to fight to change a bill for a fully elected school board that could get voted on by the Illinois House this week.

"Yes, we are continuing to work to slow down the process to actually have real negotiations, because that opportunity was promised, but it did not manifest itself in the Senate," Lightfoot said.

Torres said his top priority is getting kids ready for coming back to school.
"First to work closely with our stakeholders, our parents and educators our partners in ensuring that we have in-person learning five days a week come the fall," Torres said.

The Chicago Teachers Union expressed hope that Torres can bring stability to CPS in the wake of the top three district leaders leaving. He invited them to partner with him.