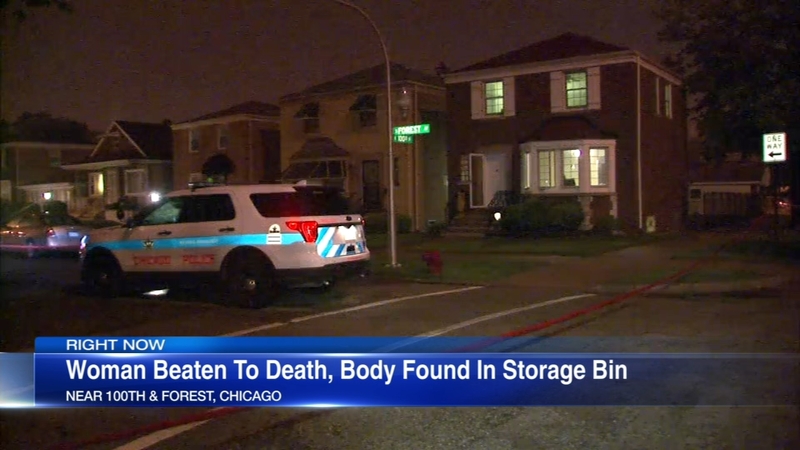 CHICAGO (WLS) -- Editor's Note: This story includes details that may be disturbing.

An elderly woman was found Sunday murdered with "severe trauma to her body" inside a house in Chicago's Rosemoor neighborhood, police said.

The woman was found "cut in half" in storage bins in the basement of her home, sources told ABC7.

Shortly before noon, Chicago police visited the woman's home in the 10000-block of South Forest Avenue as part of a well-being check, but they made a horrifying discovery.

The woman, whose identity was not released Monday afternoon, lived in the house alone and had just moved back into the the house two weeks ago after renting it out.

CPD Supt. Eddie Johnson said the woman may have known her killer.

The Cook County Medical Examiner's Office has not determined how and when the woman died.

Neighbors said her car hasn't been seen since Tuesday and many worry that the person who did this may have also taken off with her car.

"To hear the details that are being reported, I would feel better if it had been a heart attack or something, you know," said neighbor Ervin Holmes.

A contractor was scheduled to meet with the woman on Saturday afternoon to go over some work on the house. But the contractor, who asked not to be identified, said no one came to the door.
"Maybe she's going to vacation or something like that," the contractor said. "Who did this is supposed to pay for this, you know what I mean?"