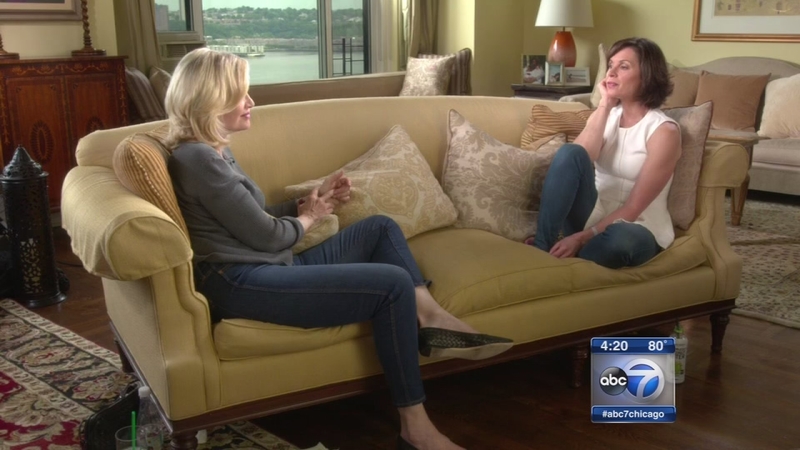 CHICAGO -- On Friday night's 20/20, anchor Elizabeth Vargas will announce her memoir "Between Breaths," in which she reveals her life as an alcoholic. As she tells Diane Sawyer, that secret double life developed late in her professional career and then spilled into every aspect of her life.

Vargas is the mother of two beautiful boys, Sam and Zachary, and ex-wife of musician Marc Cohn. As her marriage was crumbling, she turned to wine for consolation, a secret she tried to hide from everyone including her family.

"I would stop on my way home from work, you know, and have a glass of wine or two at a bar," Vargas told Sawyer.

"Alone, feeling really pathetic, you know? I would actually pretend to talk to somebody on my cell phone but, you know, 'Oh no, oh it's okay, oh no I'm- I'm just waiting here for you. No problem, take your time, I'll be right h-' You know? Like this whole facade," she said.

Eventually a couple glasses of wine became entire bottles of wine, and her husband knew. Her drinking deepened the cracks that she said had already begun to develop in their marriage.

"And it made all the real problems we needed to discuss and work through frivolous in comparison. You know? 'What do you want to talk about?' 'Why don't you as me know my day is? Or what, you know, why don't you support me more?' when 'Why are you drinking two bottles of chardonnay every night?' You know? I've just gone and changed the narrative in a pretty dramatic way," Vargas told Sawyer.

Alcoholism is a battle she shares with more than 30 million people, and just as has happened to so many, her family became part of the wreckage of her drinking.

Sawyer: Did you ever endanger [your children]?

Vargas: No.
Sawyer: Are you sure?
Vargas: I don't think so, no. I never drove under the influence.
Sawyer: Never?
Vargas: No, I don't own a car here. But let me just say something. Because I didn't physically endanger my children doesn't mean I didn't devastate them or put them in danger emotionally or psychologically.