3 of 4 Elmhurst burglary suspects in custody 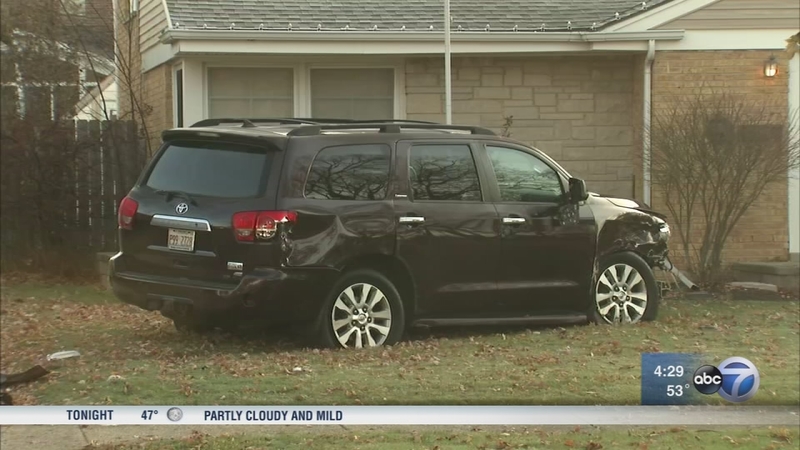 3 of 4 Elmhurst burglary suspects in custody

ELMHURST, Ill. (WLS) -- Three suspects are in custody and police are searching for a fourth after a crash and reported garage burglary in Elmhurst Monday morning.

"We saw two vehicles coming from the side street at a very high rate of speed. Officers attempted to stop them. An officer coming from the opposite direction was hit by one of the offending vehicles," said Elmhurst Police Commander Steve Wright.

After establishing a perimeter, three of the suspects were located in the 400-block of North Avenue, at North and Ridgeland avenues and the 400-block of West Avenue. A loaded handgun was recovered from the scene.

A fourth suspect remains on the loose and police believe that suspect has left the area. Officers from surrounding police departments and K-9 units were brought in for the search.

Police said that the suspects may have been entering unlocked cars and garages in order to steal items of value and cars with keys in the ignition.

Police said they may be responsible for burglaries over the weekend. On Saturday, Elmhurst police released a warning about residential burglaries in the 400-block of Prairie Avenue and the 400-block of Poplar Avenue and an attempted burglary in the 200-block of South Street that occurred between 2 and 4 a.m. The suspects in those burglaries entered the homes through unsecured doors and removed wallets and purses while the victims slept.