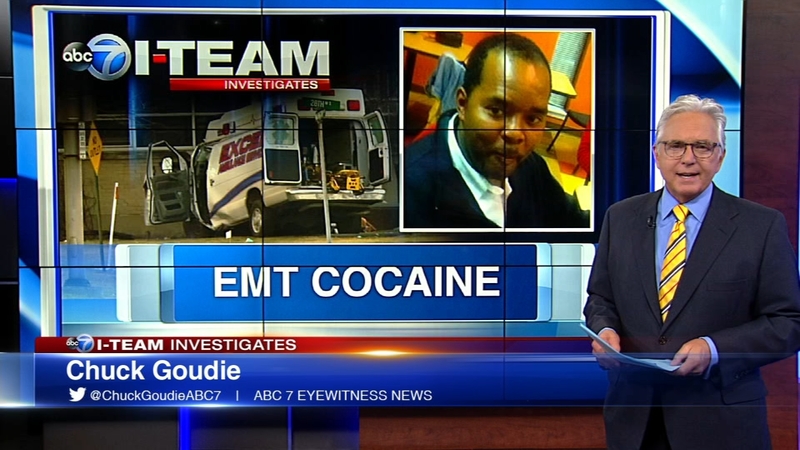 CHICAGO (WLS) -- An emergency medical technician who crashed into a suburban building - killing three - had cocaine in his bloodstream, the ABC7 I-Team has learned.

EMT James Wesley, 51, lost control and crashed into a building at 28th Avenue and Washington Boulevard in Bellwood. Wesley died instantly during the March 31 collision and his co-EMT Prentis Williams, 50, of Chicago and 48-year-old dialysis patient Larry Marshall Jr. were also killed.

Documents obtained Monday by the I-Team under a Freedom of Information filing reveal that toxicology testing conducted by the Cook County Medical Examiner show Wesley had cocaine in his system.

The I-Team has previously reported that Wesley had an extensive record of felony convictions, including drug possession, and should not legally have been behind the wheel of an ambulance on the day of the accident. He also had broadsided a car in a previous accident in 2010, resulting in injuries and damages that are still unpaid.

According to the ME's report, Wesley had "significant chronic cardiac disease" and an autopsy "cannot confirm or deny that an acute cardiac event and/or cocaine intoxication contributed to motor vehicle collision." Heavy cocaine users may have an increased cardiac need for oxygen while at the same time cocaine restricts blood flow to the heart muscle-and can cause heart attacks.

Complicating legal proceedings: according to county investigators this was an unlicensed and unregistered ambulance. Even though the ambulance was painted as an Excel vehicle, attorneys for Excel say it was actually owned by a now-defunct company and being rehabbed.

They say EMT Wesley-who had cocaine in his system-took the ambulance from a garage, was somehow aware of patient transport schedules, and decided to freelance runs that day the accident occurred. 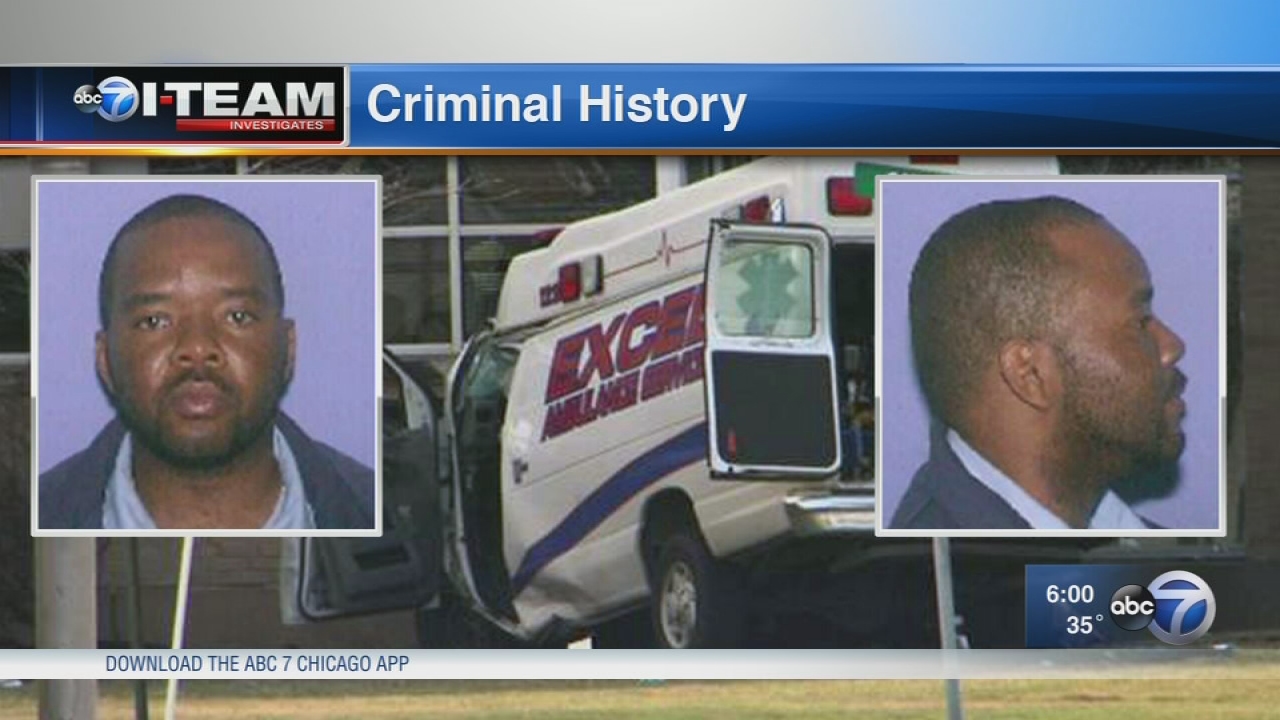 Driver in fatal ambulance crash shouldn't have had EMT license
An emergency medical technician who crashed into a suburban building-killing three-did not disclose his criminal history as required to state regulators, the ABC7 I-Team has learned, and shouldn't have had his Illinois EMT license.

"Mr. Wesley was required to inform IDPH of his felony convictions upon renewal of his EMT license in 2015, but he did not" said agency spokesperson Melaney Arnold at the time. EMT's respond to emergency calls, transport patients and provide medical care to the injured and critically ill.

Following Wesley's previous accident in 2010, Illinois Secretary of State records show that Wesley lost his license. After regaining his license in 2013, Wesley was required to obtain specialized "high risk" insurance-which he was still required to have at the time of the ambulance crash in late March.