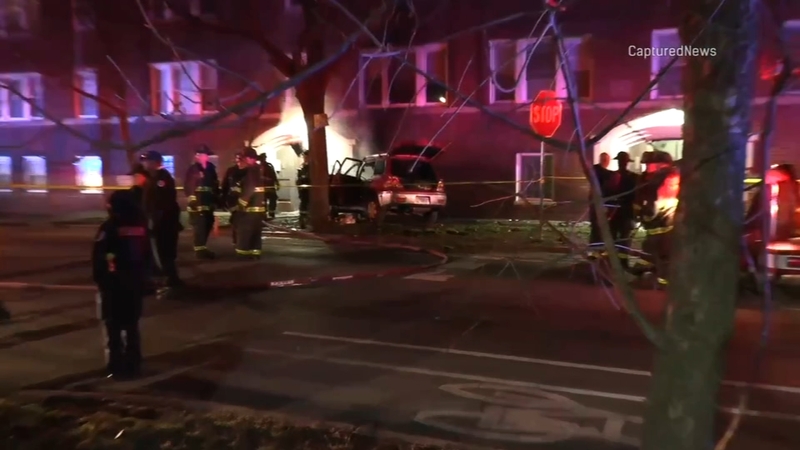 CHICAGO (WLS) -- A 5-year-old boy is dead after being hit by an SUV in Chicago's Englewood neighborhood Friday night, Chicago police said.

Police say a 44-year-old man was driving west about 11:10 p.m. in the 600-block of West Marquette and hit an electrical box, causing him to hit a 5-year-old who was walking on the sidewalk with his mom and sibling. The vehicle only came to a stop when it hit a building.

The boy was taken to Comer Children's Hospital, where he was pronounced deceased at 11:45 p.m.

The mom and sibling were not hurt, according to police.

The driver of the SUV and a 48-year-old female passenger were both taken to University of Chicago Medical Center in good condition and are expected to recover.

It was not immediately clear if any charges would be filed.