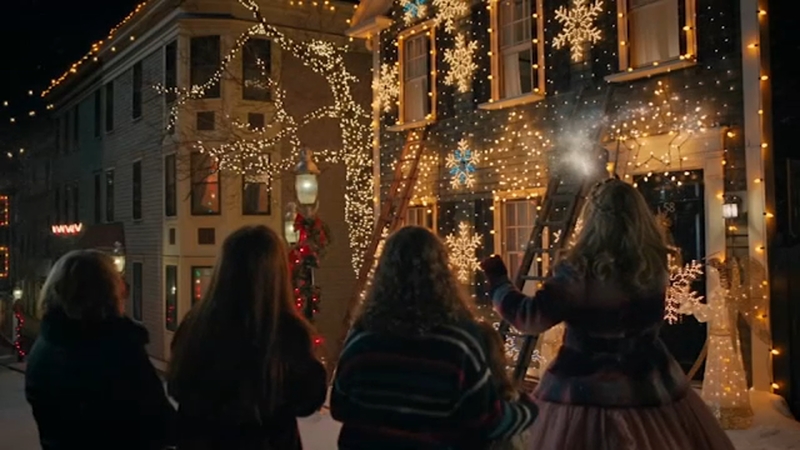 "Godmothered" is a new Christmas fantasy, with lots of humor, that starts streaming on Disney Plus Friday.

The new movie on Disney Plus tells a tale of new beginnings and making dreams come true.

Jillian Bell plays Eleanor, who is a Godmother-in-training, who finds a letter from a little girl who asked for help but was ignored.

It turns out that letter got lost, and Mackenzie is all grown up with kids of her own, and she's in trouble!

The role included wearing a series of very rigorous dresses.

"I was actually in love with that dress by the end," Bell said. "I didn't want to wear a corset anymore, but I did want to keep one of the dresses. There was about nine of them."

Sometimes with a jacket to accessorize.

"The jacket kept me warm and for that, I was grateful every day," Bell said. "It was very cold; we were shooting in Boston, Massachusetts and it was like 17 degrees every day."

Although, Bell wasn't the only one subjected to wearing a dress in the cold.

"I had a couple scenes where I was in a dress that was strapless and I got lots of hugs from the whole cast and crew all the time, that made it worth it," said actress Jillian Spaeder, who plays Jane.

Actress Isla Fisher plays the now-grown Makenzie and said she thinks the movie is sure to warm some hearts.

"The story's about female friendship and it was a lovely experience and we're so happy that during these difficult times. People are going to get to see the movie and just have a little joy in their life and some brilliant comedy, too," Fisher said.

"Godmothered" is streaming on Disney Plus.