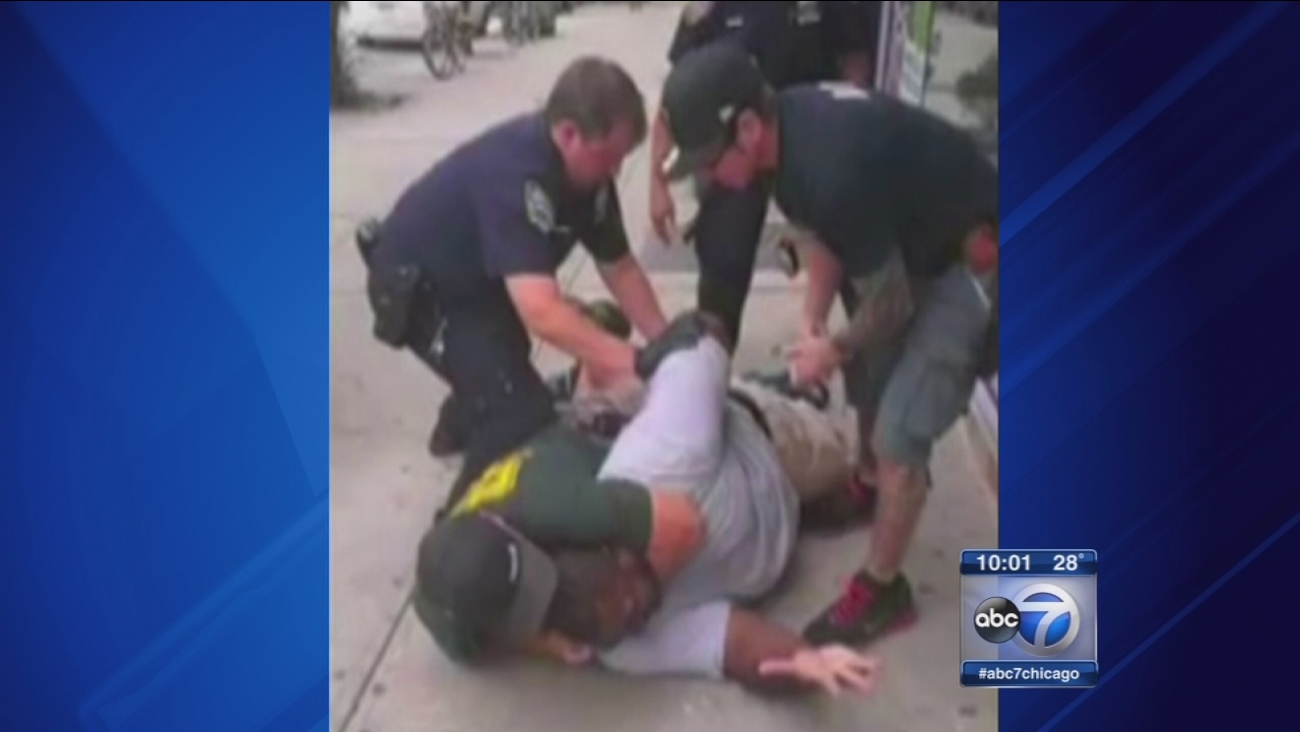 A grand jury voted Wednesday not to indict NYPD officer Daniel Pantaleo in the chokehold death of Eric Garner on Staten Island. (WLS)

Both city officials and the attorney for Garner's family confirmed the jury's decision, but that is not the end of the case. A Justice Department official say Attorney General Eric Holder and federal authorities will investigate the incident for a potential violation of civil rights.

Eyewitness News is told that Garner's family was not notified in advance, and they are said to be "astounded and astonished." They are with the Rev. Al Sharpton at his National Action Network in Harlem. Eric Garner's widow, Esaw Garner, spoke to MSNBC's Politics Nation.

"I feel now, after the verdict, you know, of course I was disappointed, angry," she said. "But after talking to Eric Holder, I feel some type of hope, that we still have hope and we still have a fight to fight to get this justice for my husband, because regardless to what, he will not die in vain."

Garner was stopped on suspicion of selling loose cigarettes in July, and amateur video shows the black man telling the officers to leave him alone before Pantaleo, who is white, used what appeared to be a banned chokehold.

CLICK HERE for more on protests in our area

The medical examiner ruled Garner's death a homicide and determined that the chokehold contributed to the death.

"I am actually astonished based on the evidence of the video tape and the medical examiner, that this grand jury at this time wouldn't indict for anything," Garner family attorney Jonathan Moore said. "(It) is really just astonishing."

Moore also released a statement on behalf of the family.

"The family is very upset and disappointed that these officers are not getting indicted for any criminal conduct," he said. "They also want to urge everyone who does protest to do it peacefully."

Garner's father, Ben Garner, spoke out angrily to the Staten Island Advance after the decision was announced.

"Who can control the Police Department? We had a damn video tape," he said. "I can't control what anyone does, but I want peaceful protests."

Darla Miles has more from Harlem on the Garner family's reaction:

Mayor Bill de Blasio spoke at a news conference, calling for any demonstrations to be peaceful and touching on how the incident has affected him personally. He said there is the challenge that the police are present to protect, yet there is a fear of the police among many young people and families. He said he and his wife have worried for years about son Dante's safety and have spoken to him about it.

"I couldn't help but immediately think of what it would mean to me to lose Dante," he said. "Black lives matter...it's a phrase that never should have to be said. But it does have to be said."

President Barack Obama said the decision underscores the need to strengthen the trust and accountability between communities and law enforcement. While not commenting on the decision specifically, he said there are "too many instances where people just do not have confidence that folks are being treated fairly." Obama says police have to deal with crime every day, but says they can do their jobs better if people have confidence in the law enforcement system.

Staten Island District Attorney Dan Donovan expressed his condolences to the Garner family for their loss, but said the grand jury found that there was no reasonable cause to vote an indictment. The grand jury could have considered a range of charges, from a murder charge to a lesser offense like reckless endangerment, against the officer. Pantaleo responded to the decision in a written statement.

"I became a police officer to help people and to protect those who can't protect themselves," he said. "It is never my intention to harm anyone and I feel very bad about the death of Mr. Garner. My family and I include him and his family in our prayers and I hope that they will accept my personal condolences for their loss."

Attorney Stuart London said Pantaleo testified last month for a couple of hours, a move many legal experts deemed unusual in such a case. But it is one that they say paid off by painting a different picture that what the video showed.

"My client was gratified that they took the time to listen to everything he said and he knows his future is in their hands," London said.

Pantaleo's partner, Justin D'Amico, testified after being granted immunity from prosecution, he added.


In a written statement, PBA president Patrick J. Lynch added, "While we are pleased with the Grand Jury's decision, there are no winners here today. There was a loss of life that both a family and a police officer will always have to live with. It is clear that the officer's intention was to do nothing more than take Mr. Garner into custody as instructed and that he used the take down technique that he learned in the academy when Mr. Garner refused. No police officer starts a shift intending to take another human being's life and we are all saddened by this tragedy."

Not everyone agreed, including City Council Speaker Melissa Mark-Viverito. She issued a statement, which in part read:

"This was a terribly disappointing outcome and is not reflective of the events that led to Eric Garner's death. What makes this even more infuriating is the frequent lack of accountability, which is why I urge the U.S. Department of Justice to launch its own investigation."

In his statement, Donovan said he applied apply for a court order seeking authorization to publicly release specific information in connection with this grand jury investigation. That application is under consideration by the court.

Rep. Charles Rangel speaks out on the grand jury's decision:


The Reverend Al Sharpton spoke Wednesday evening and said, "We are not advocating violence, we are advocating that police violence stop." He added that "Enough is enough". A march will be held next weekend on Saturday, December 13th in Washington, DC against police brutality. The march will be led by the parents of Michael Brown of Ferguson, MO and Eric Garner's widow.