WLS
TIVERTON, R.I. -- A 560-pound man biking across the United States to lose weight and save his marriage has hit a snag in Rhode Island.

A bent rim on Eric Hites' bicycle has kept him in Tiverton since late last week, 90 miles from where his ride began in Falmouth, Mass., according to the Newport Daily News.

Newport Bicycle is outfitting Hites with a new bike that can withstand his weight.

Hites created a website and blog dubbed "Fat Guy Across America" to share his story as a 563-pound man attempting to cross the continental U.S. with little more than two wheels and determination, ABC News reports.

Hites, of Danville, Indiana, said he decided on the trip after he and his wife separated last year. He explained that poor health and increasing weight started causing problems in the marriage. He said he was motivated by the Proclaimers song "I Would Walk (500 Miles)."

"I blame the Proclaimers I really do. I will be riding a bicycle from east coast to west coast for a few reasons, 1 to prove things to my wife and my love. 2 to take back my health and to lose the pounds I have collected over the years. As of right now, I'm 560 pounds. I will be blogging and video blogging the whole trip and interviewing people along the way. After I complete my trip I will write a book on the experience," his Facebook page says.

At first his wife thought he was all talk, but now, Hites says she has changed her tune and the two have "rededicated unofficially."

Hites initially planned on making the coast-to-coast trip in four months, but now estimates that it could take the rest of the year, WJAR-TV reports.

He hopes to lose hundreds of pounds and gather material for a second book. He previously authored a humorous cookbook entitled "Everybody Loves Ramen," which includes 50 recipes he developed in college. 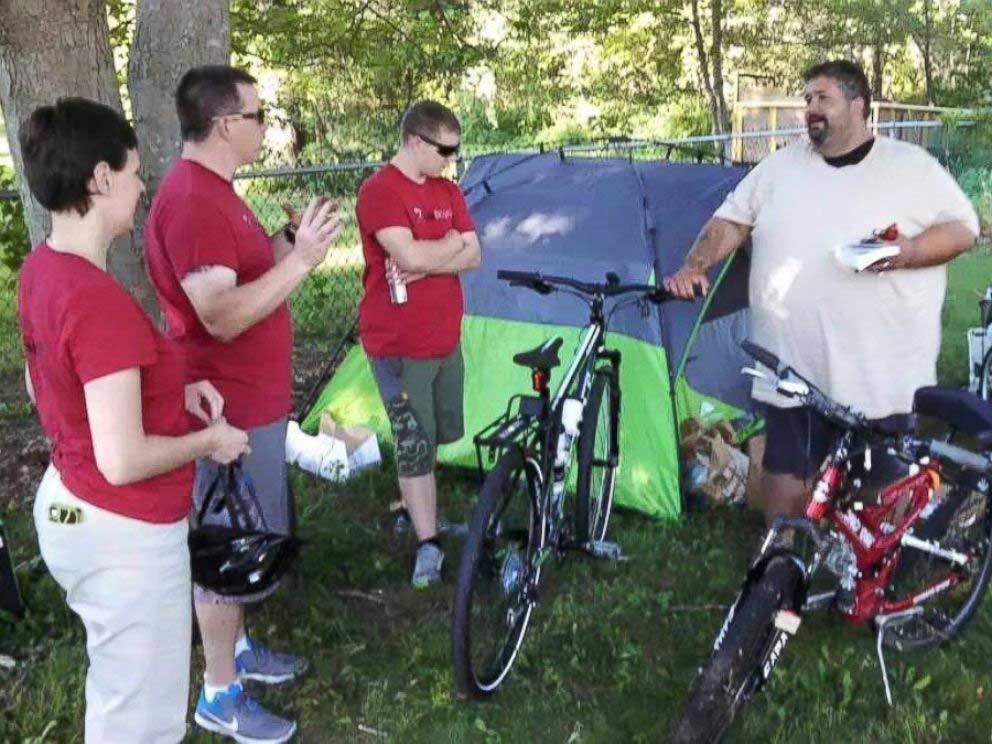