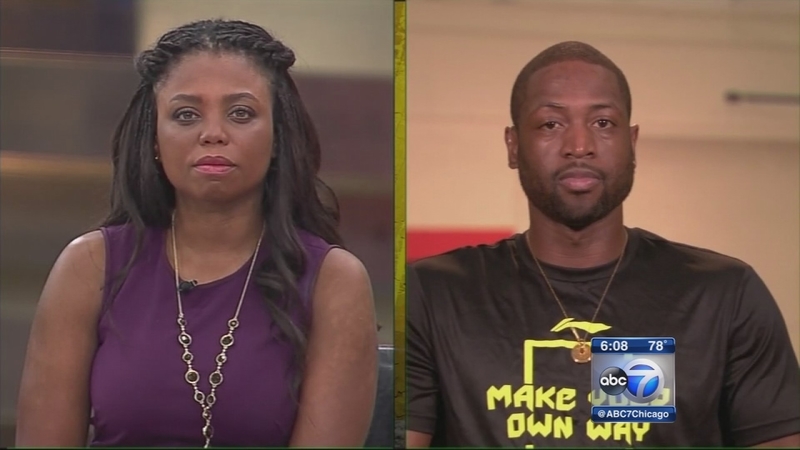 CHICAGO (WLS) -- Some famous athletes from Chicago and across the country are in town to take part in a national discussion on violence in America.

Hosted by Jemele Hill, the discussion on athletes, guns, violence and law enforcement was filmed Thursday afternoon at the Southside YMCA of Metro Chicago.

"Since I'm so reconnected to Chicago, I just want to let the youth know that somebody cares," said Jabari Parker, a Chicago native who plays for the Milwaukee Bucks.

Kevin Merida, editor-in-chief of ESPN's "The Undefeated", created this forum for athletes after some athletes spoke out during the ESPY Awards.

"Sports is kind of like the universal connector. It crosses all ideological and political lines," Merida said. "I think athletes are becoming more and more aware of this influence and that they have power to change."

Kristi Castlin, fresh from Rio with her Olympic bronze medal in track & field, went to summer camp in the YMCA and she lost her father to gun violence.

"All of these tragedies really can be prevented if we just come together and figure out how we can just add more peace to our communities," Castlin said.

Chicagoan Craig Robinson, Michelle Obama's brother, urges young athletes to be part of the solution in his new role with the Milwaukee Bucks.

"I'll be spending a lot of time with the players and talking about things, like what they want to do in the community," Robinson said.